Game, Set, and Match by LaurenRivers 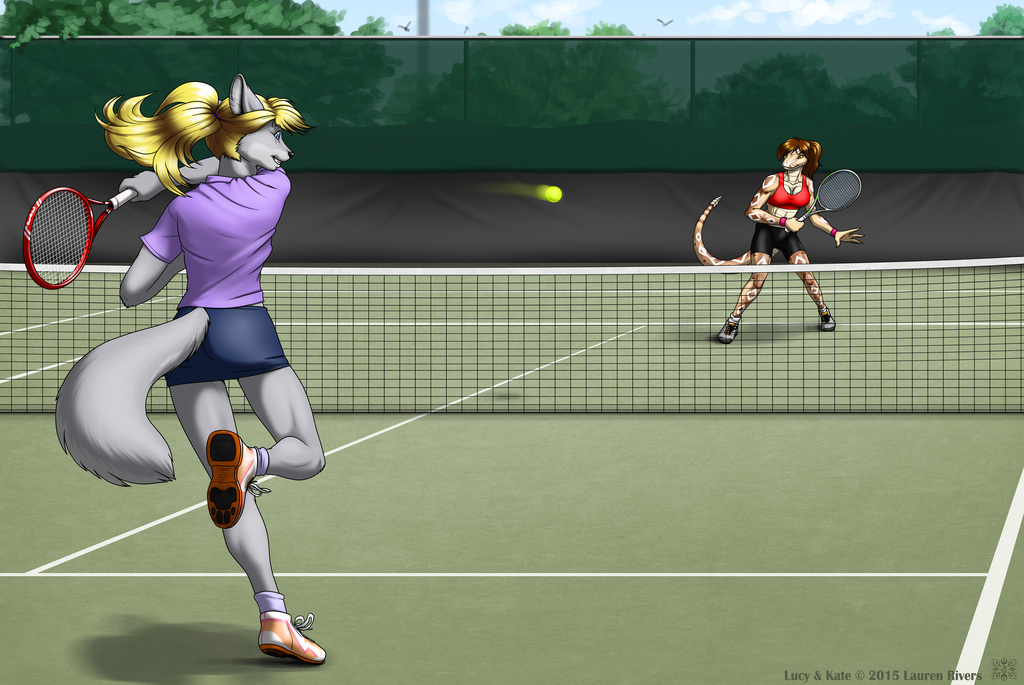 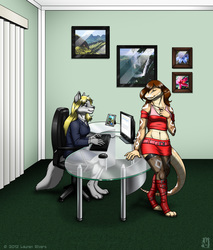 Life hadn't ever been the same since Lucy had met Kate. Chance had brought them together when Lucy had needed a place to live, and she had found a safe refuge in the most unlikely of places. She'd gone from being a wolfess with a good job and a boyfriend to being out on the street and finding shelter with her mother and brother at the family home.

Kate was everything Lucy wasn't. She was bold, dominant, and adventurous. Kate had no shyness about walking around the apartment naked or wearing something way too revealing. She'd even started to insist on dressing Lucy now and then, though Lucy had to admit she secretly liked it.

Lucy had started to have an effect on Kate as well. The snake had learned to appreciate the value of family, and for the first time knew what it was like to have someone looking out for you.

Today was a sunny saturday, and neither woman had anything pressing to do until after lunch. As a result, Lucy had been talked into playing tennis by Kate. She put on her cutest workout outfit. Just as she tied her sneakers, Kate showed up in the tightest pair of pants and sports bra Lucy had ever seen. "I don't know how you slither into that outfit."

Kate gave Lucy a kiss before the two headed out with their racquets. "I've been working on my backhand."