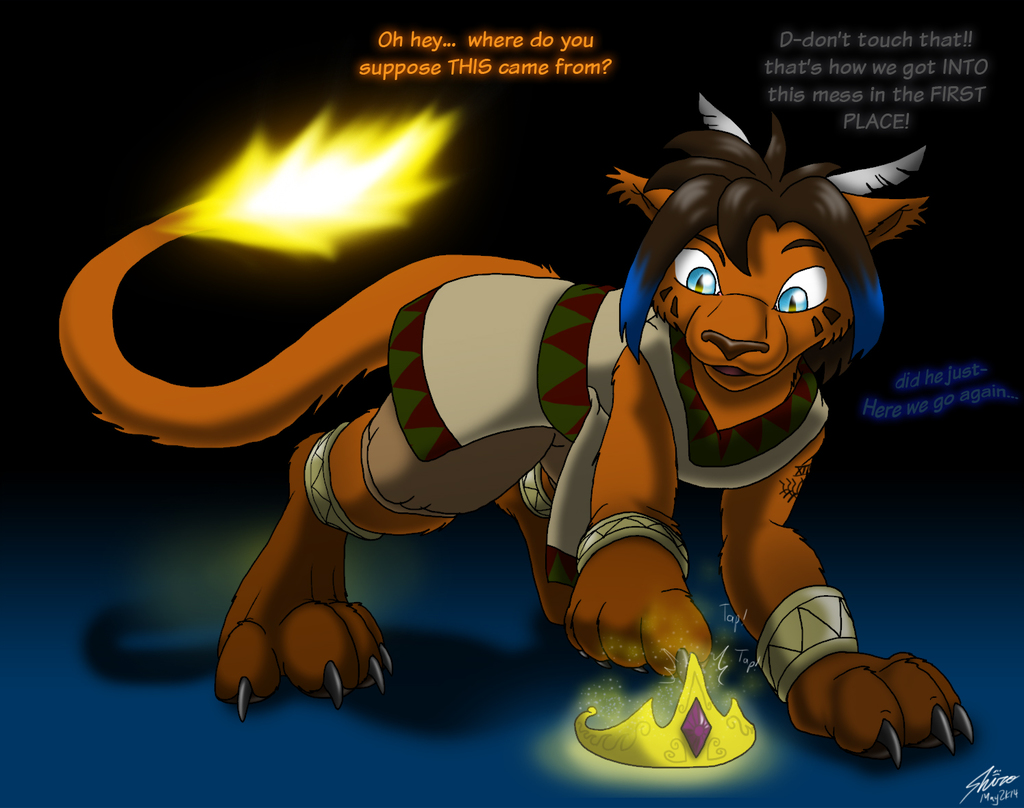 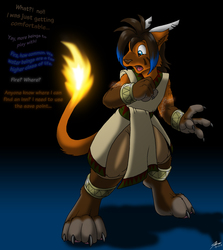 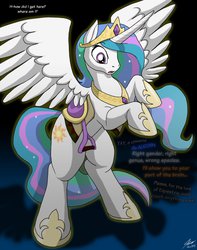 She'd been a passenger in her own body for a few long months now, going from male to female, species to species, and all the while feeling everything but being unable to do anything about it other than speak to the other minds that shared her brain at the moment. She'd given up trying to talk them into giving her body back, they'd all been without one so long they refused to even entertain the possibility of living disembodied again.

Lauren wondered if perhaps she could at least talk them into sharing her body, maybe give her some time in control. The longer they stayed with her the more they seemed to at least like her.

The latest being to control the body was a strange creature with a flaming tail, a feline of sort. She'd gone from a female werewolf to this, and now it'd turned out he was feral on top of it.

Lauren felt so odd feeling her body walk on all fours, and it was a little awkward when he had to pee, but he seemed to manipulate their shared body well.

Today he had just wandered along the path on the search for food, and stopped as he came upon a beautiful tiara. He stepped forward, looking at the shiny object and smiled. It wasn't food, but it might trade for it.

"Oh hey, where do you suppose THIS came from?"

Lauren spoke up. "D-Don't touch that! That's how we got INTO this mess in the FIRST PLACE!"

The water phoneix mind stirred at the sensation of magic energy passing through the body. "Did he just... Here we go again."