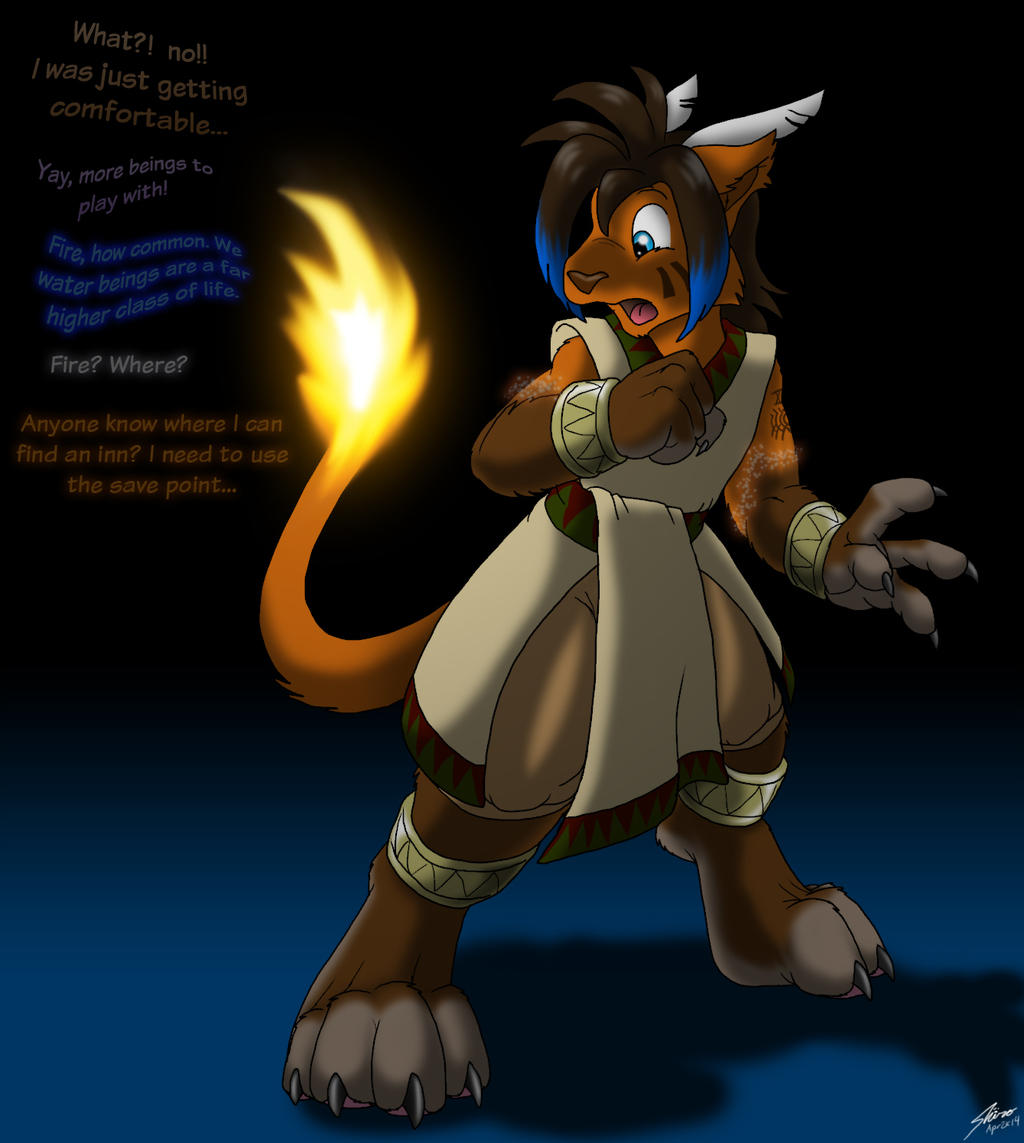 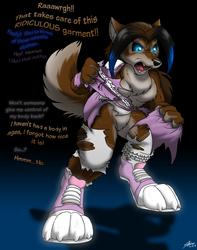 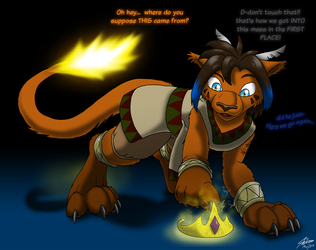 The she wolf had been using her body for a week, preferring to be mostly naked as she ran and enjoyed her new form. Lauren grumbled along as she preferred not to be so exposed, but she like the other beings inside her mind were all passengers until the wolfess surrended control.

Lauren sighed to herself as the wolfess finally stopped to gather some clothes. They were nearing a settlement, and a naked wolfess would raise too many questions. She slipped on the monk type clothing and before the wolf spirit knew, Lauren felt the presence of yet another mind.

"What? No! I was just getting comfortable!"

"Yay, more beings to play with!" the trike exclaimed gleefully.

"Fire, how common. We water beings are a far higher class of life." The water phoenix said to Lauren, giving her a spiritual hug.

Lauren raised an eyebrow. "Fire? Where?" It was then that she realized her tail was burning, yet it did not harm the flesh. The fire momentarily distracted her from the fact that she had become male again.

The newest inhabitant of her body seemed undisturbed by the large group of souls in her mind. "Hey, anybody know where I can find an inn? I really need to use the save point."