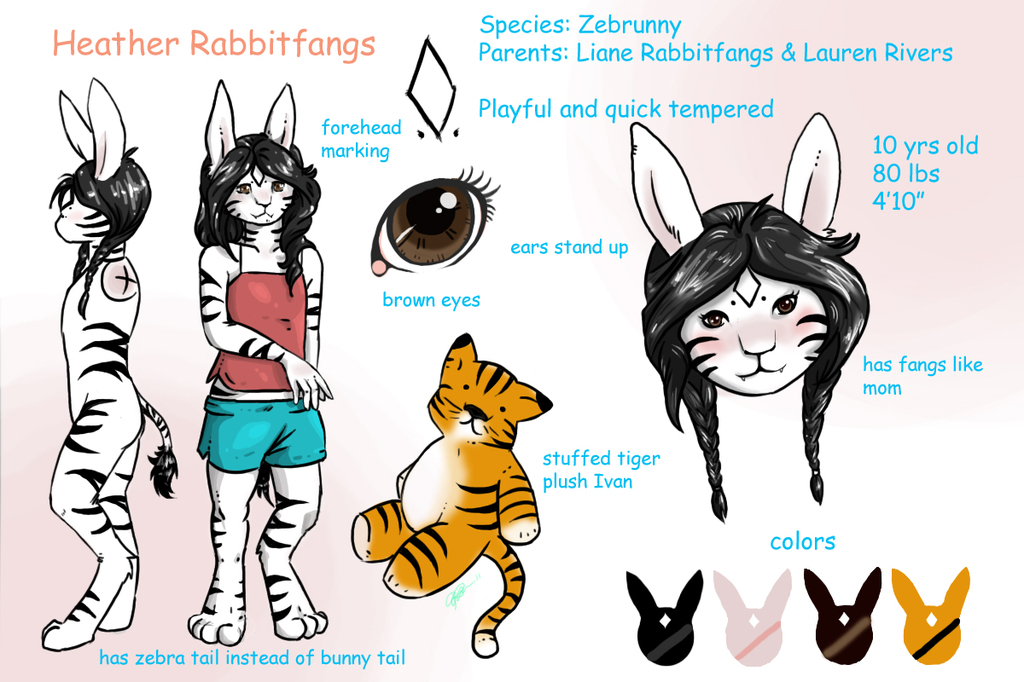 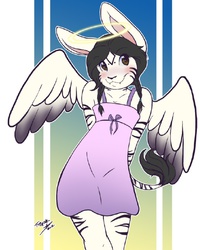 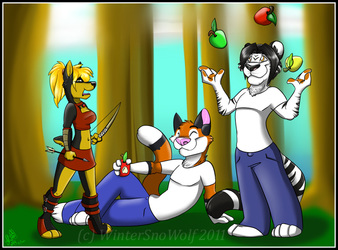 Fathered by Lauren Rivers on Liane, Heather turned out with a bunny's body, excepting for her tail. The tail, markings and coloration she got from Lauren. She did get Liane's brown eyes and fangs though. How much vampire ability she may or may not have hasn't manifested itself yet. She likes to wear her hair in braids most of the time to keep it out of her way.
She's a very active girl, always into something...often trouble. She has a very quick temper, but calms down almost as fast, so be careful. Keep your distance when she gets mad and it will blow over soon. Although magical abilities run in the family, she hasn't shown any yet other than seeming to be able to tell when someone around her is using magic, whether it is apparent or not. So far she mostly uses it to tell when her sister Molly is cheating at a game they're playing, but who knows? It might come in handy in the future. She's very attached to her plush tiger, Ivan, who she named after the werewolf that lives with the family, and drags him around with her a lot.