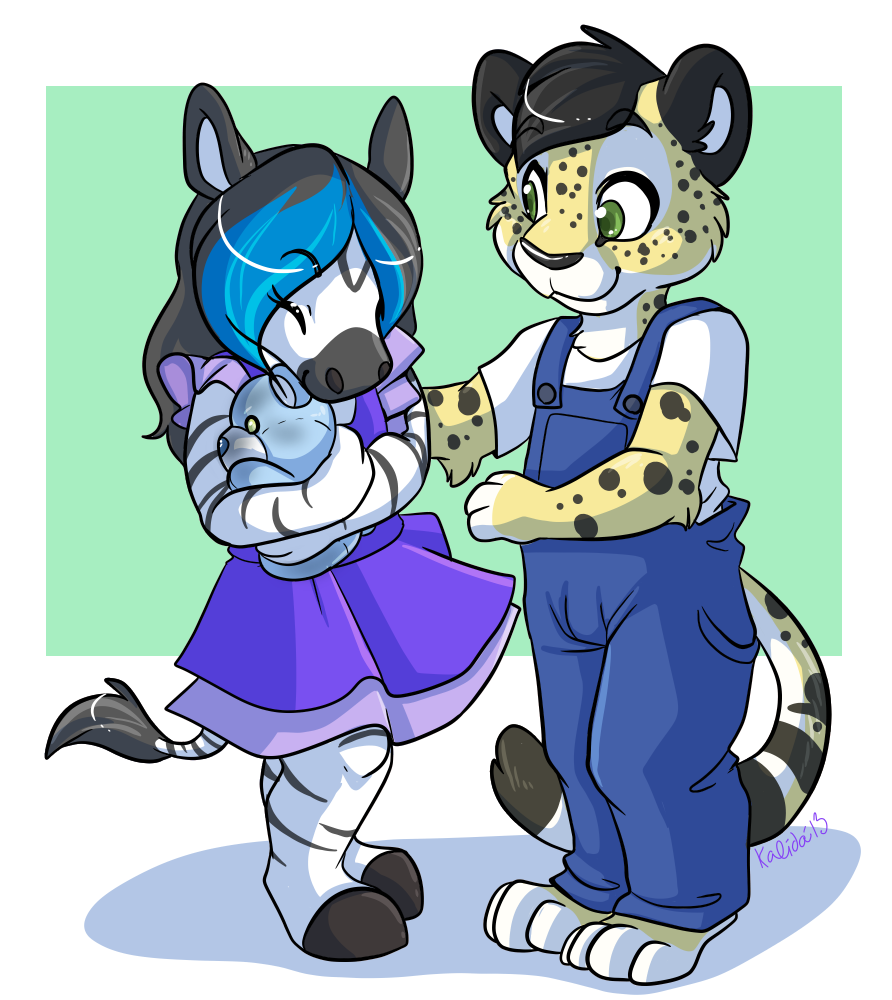 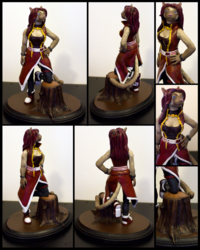 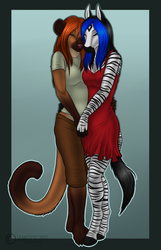 The new girl in the class had been sitting by herself every day at recess. She'd moved into town a few weeks ago and hardly anyone had said hello. The teacher had trotted her up to the front and had her talk about herself. The entire time the zebra hadn't looked up further than waist level.

Shrag had wanted to approach her, but her shyness seemed to dissuade his attempts. He'd offered to share his crayons but she politely declined. His offer to play on the seesaw met with similar results.

Determined to get her attention, he dug through his stuffed animals and found a small mildly neglected teddy bear. He placed it in his backpack and rode the bus to school the next day.

Once the bell sounded for recess, he grabbed his pack and removed the teddy bear, finding the zebra seated in the corner of the playground. He held it out towards her, taking care to keep his paws under its arms. "Hi."

"I brought you something. He's a little bear and he needs someone to take good care of him. Would you like to hold on to him for me?" Shrag lifted one of the bears paws to wave. In a high pitched voice, he said "My name is Teddy. I love you!"

Lauren looked up and took the bear into her arms. "Hi, Teddy. Mommy will take good care of you." She hugged the bear to her chest and kissed its forehead. "Do you want to play?"

Shrag reached into his pockets. "I have some marbles..."