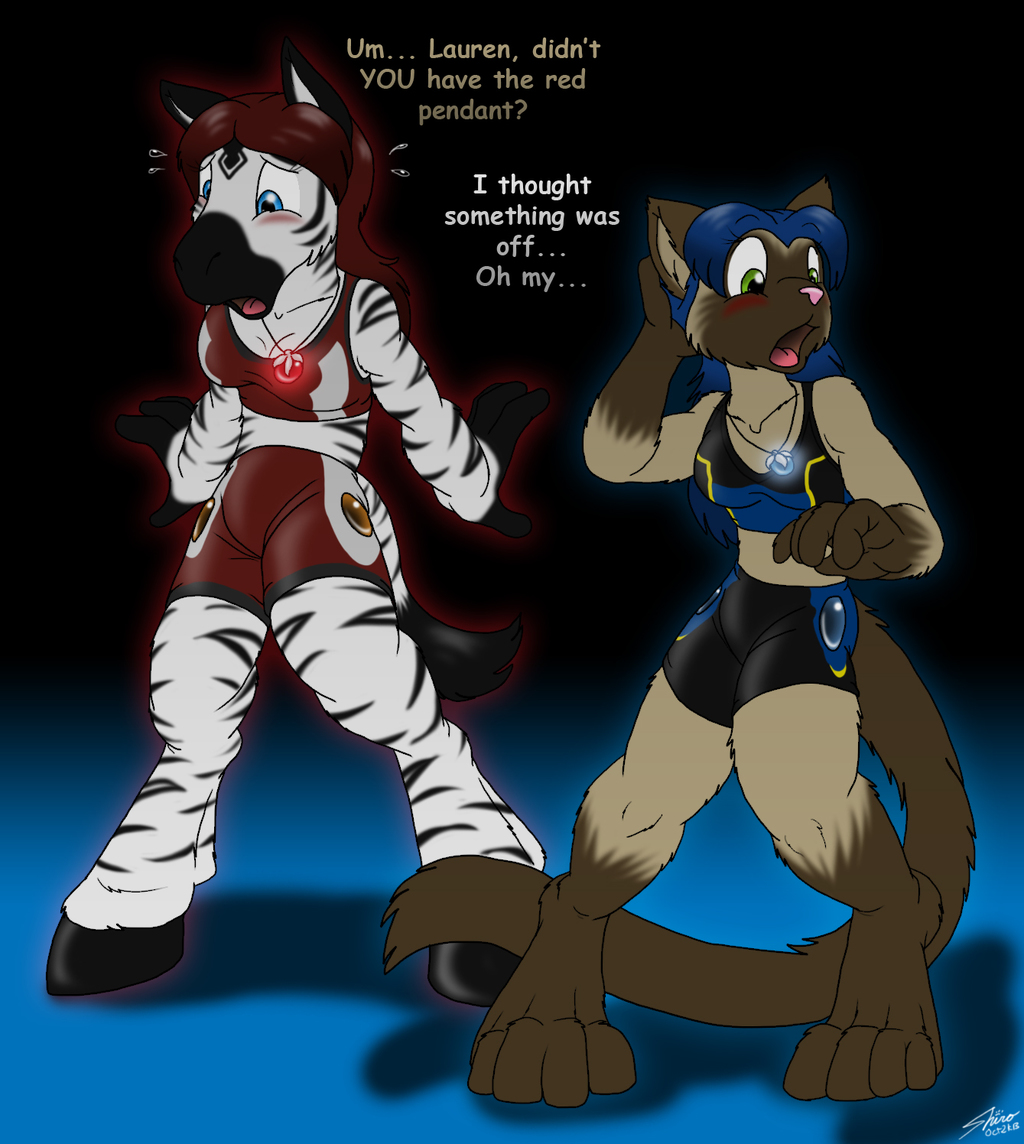 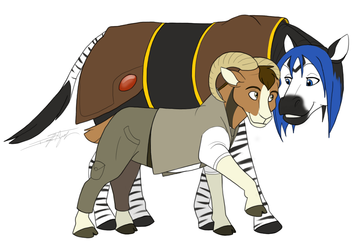 Now that the mission had been completed, Lauren and Topaz slipped on their pendants to begin the process of returning to their original forms. As the process began, Lauren looked forward to becoming female once more. She had appreciated the uniqueness of Lyndon's male form. The larger body had come in handy for a few things. Nevertheless, she missed her curves and her hooves.

As the pendants glowed and started to change their bodies both felt their forms returning to a more ladylike shape. Male chests curved into feminine torsos accompanied by a warm sensation.

Lauren looked at her gray skinned hands as they slimmed down into female paws, and dark brown fur emerged to cover them. "Wait."

"Um, Lauren... Didn't YOU have the red pendant?" Topaz looked at her hooves as her body became covered by white fur and black stripes. Rather than her feline muzzle, a long equine muzzle appeared.

Lauren looked at her body, now a perfect match for Topaz's normal form, save for her hair. "I thought something was off.... OH MY."

The two looked at each other, a little embarrassed and a little perplexed. "This is going to require a little thought."

Note: I'd originally thought of commissioning a sequence where Lauren and Topaz traded forms like this, though I'm not sure if I still want to since it'd end up here more or less, I must ponder it further.