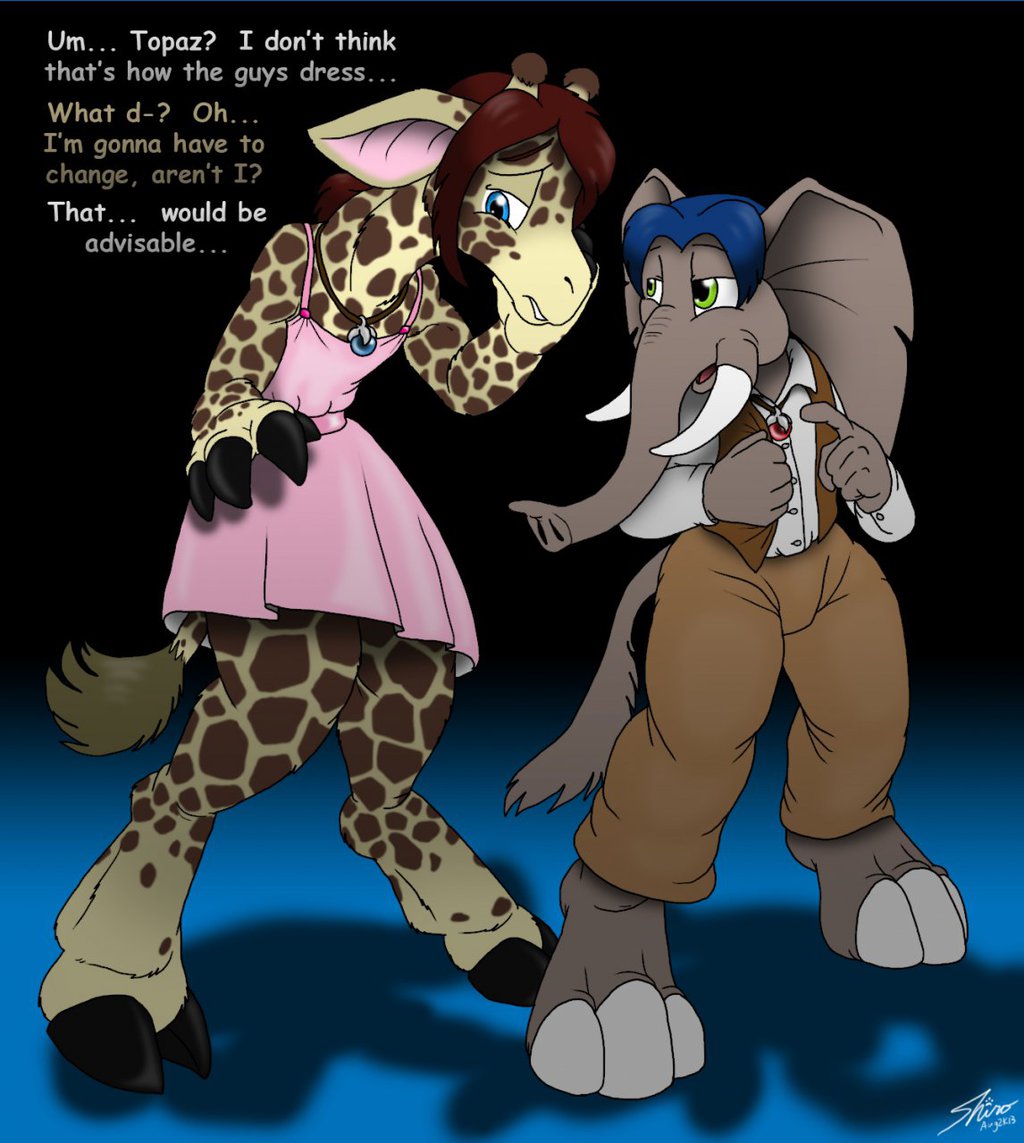 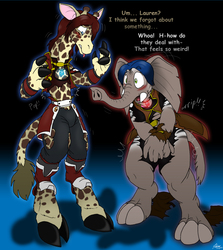 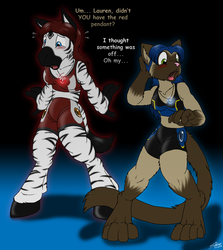 Lauren looked at Lyndon's reflection, knowing that no one would recognize her in this form. She could slip through the border without anyone knowing who she really was. This trunk still took some getting used to, not to mention having toes instead of one hoof. Walking had taken some practice. She had sepnt the intervening time looking in the mirror trying to control her natural inclination to walk like a woman or to do feminine things. She had to struggle to control her thoughts, as any sights of a shapely female body made this thing between her legs react. She found being male was rather frustrating, as her pants got very tight whenever the doctor came in to examine her new form.

Lauren shook her head. "He, I've got to get used to saying he and him. We're guys now, got to remember that." Lauren went into the restroom for a moment to relieve himself in the uniquely male manner, and then carefully zipped up his pants as he heard hoofbeats.

"Topaz, is that you? Are you ready to go, because we've got to catch the transport..." He paused as he saw Topaz in Kyle's form, but wearing a cute pink dress.

"Um, Topaz? I don't think that's how the guys dress..." Lauren pointed to her outfit.

"That... Would be advisable. We don't want to attract attention." Lauren said. His young charge was now taller than he was and male to boot, no doubt this would make things between them somewhat socially awkward, but they would manage. Topaz left the room and returned in a simple jeans and t-shirt combination.