We Are The Borg by LaurenRivers 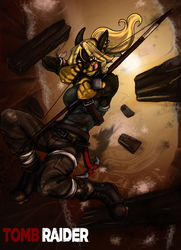 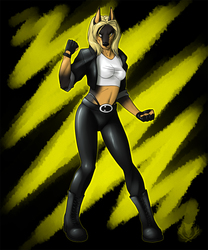 We Are The Borg

The battle had started to descend into chaos. At first the Federation fleet had managed to hold it's own against the Borg. They had destroyed one cube, but a second had arrived and continued the assault against the beleaguered starfleet vessels. The Venture and the Thomas Paine had already been destroyed, and the Vesta was badly damaged.

Commander Lauren Rivers looked up as a red alert signal beeped, indicating they had been boarded. Several borg drones were headed towards the bridge of the Iron Horse. Lauren grabbed a compression rifle and hurried down the hall with Lieutenant Emerald, while the captain worked to keep the ship in one piece.

Emmy and Lauren took up a defensive position. Slow percussive sounds indicated someone was approaching. Lauren held her weapon up as the first drone appeared.

She perked her ears back in time to hear a hyena crewman approach from behind to reinforce their position. They had to keep the bridge clear, or the ship would be lost.