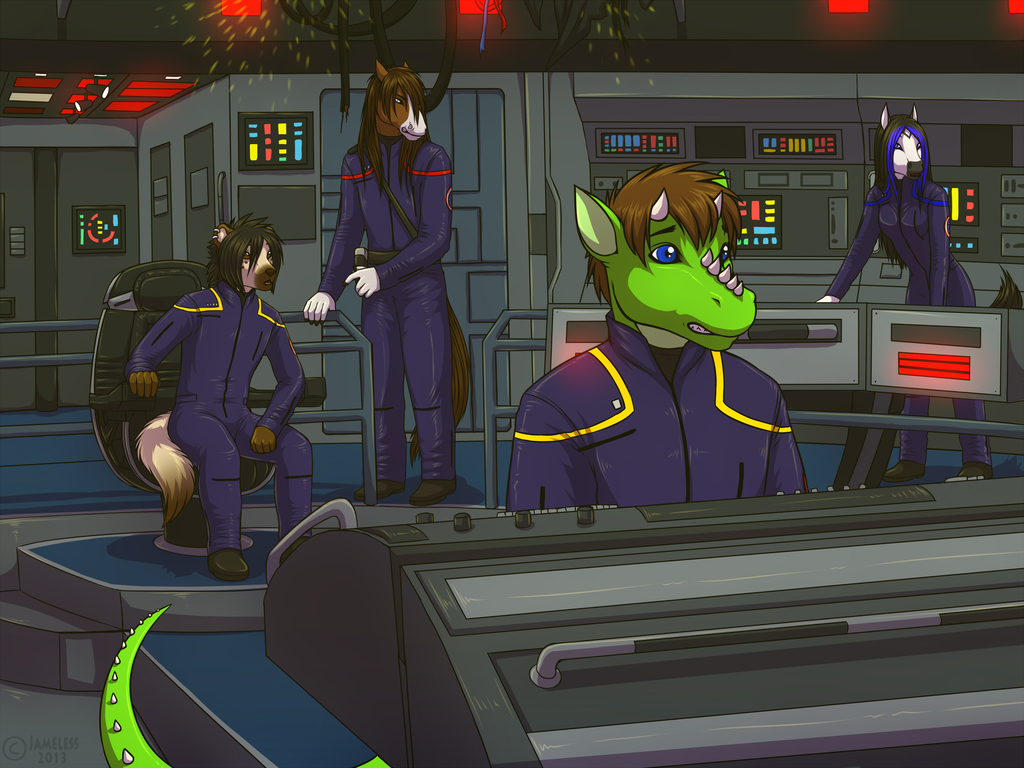 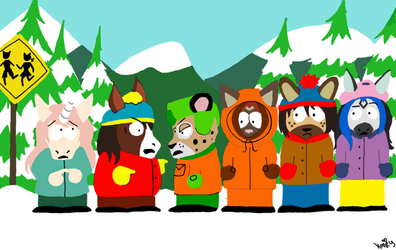 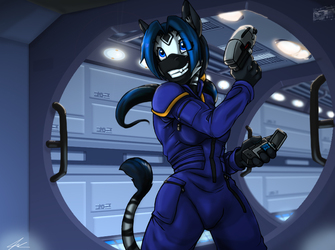 On board the bridge of the NX Class starship Horseshoe, Captain Jackie considered his options as he faced three alien battlecruisers. Over 100 lives were under his command, and the situation was only getting worse. They'd entered the star system a few days ago, finding it seemingly abandoned. A signal detected once they had entered its inner borders indicated that perhaps there was some life after all. It had been a trap. As soon as they were close enough, the aliens attacked. They communicated only one thing, that they intended to find our home world and destroy it. To start, they would disable Horseshoe, disassemble her, and vivisect the crew. They would tear the secrets of the homeworld from our very bodies, and leave our ship an empty hulk, the parts they did not find useful abandoned in space.

"All three ships are closing in on us, captain."

Ensign Teric turned behind him. "Captain, there are too many of them, I can't..."

"Do the best you can. Mister Red, have your security teams ready as..." He was interrupted by another blast towards the rear of the ship. Wires hung from the ceiling belching smoke into the air.

Lauren braced herself against her console. "Damn it, we've lost the hull plating. We're being boarded!"

"Mister Red, repel the invaders. Teric, get us away from those ships, however you have to do it. Miss Rivers, get those systems back up!" As Captain Jackie shouted his orders, he gripped his command chair even tighter.