The Manticore's Curse by LaurenRivers 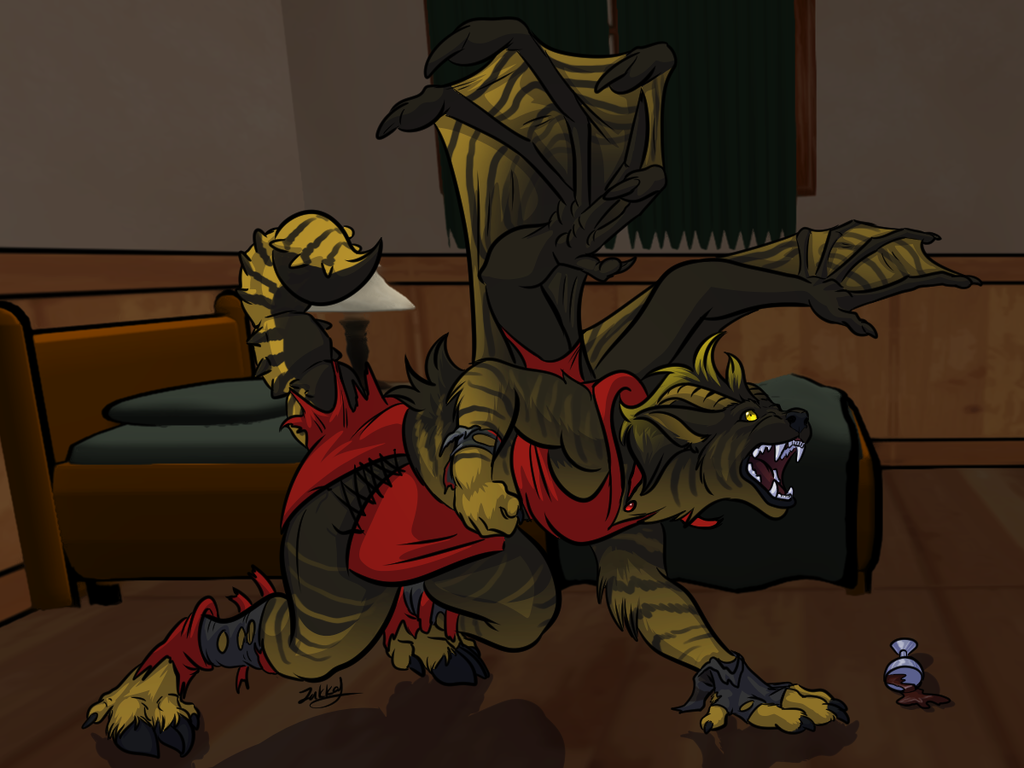 Diana had settled into her room at the inn while she waited for the others to join her. Alone for a few days she had completed her task and found herself with nothing to do for the evening. She wandered the town, encountering a strange individual whose clothing bore a representation of a manticore. She noticed him staring but thought nothing of it and returned to her room to retire for the evening.

On the dresser was a drink left with a note from the inn's staff, it was a courtesy provided to weary travelers, or so it said. In need of refreshment, she drank it. Immediately as it hit her throat she sensed her mistake.

Contained within the drink was the blood of a manticore. She clutched her stomach as it burned through her body changing her from a Doberman into something quite different. Wings sprouted from her back as a scorpion tail burst forth from her own in a sudden surge of magical energy. She tried to cry out but found her voice stolen as her face transitioned from canine to feline and horns pushed through the skin at the back of her head. As her paws became hooves and her forepaws grew in mass she could feel the call of the strange individual, summoning the new manticore to his side.

Just a little side story featuring some random TF. ;)