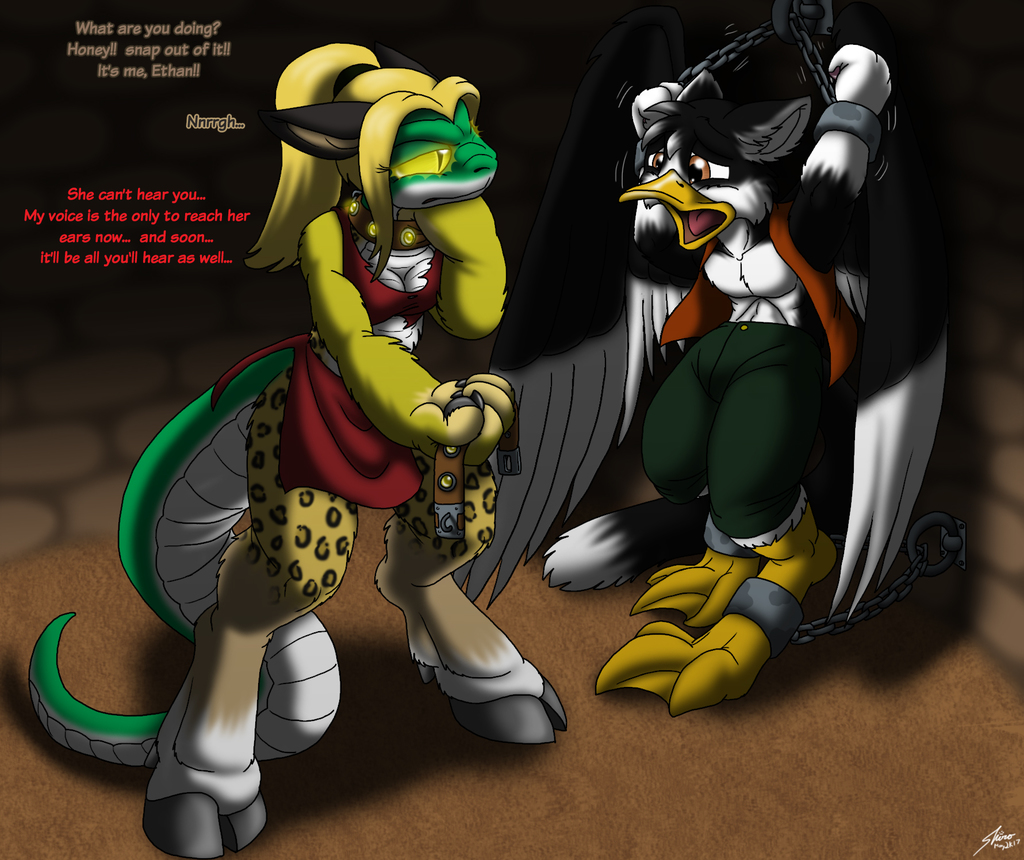 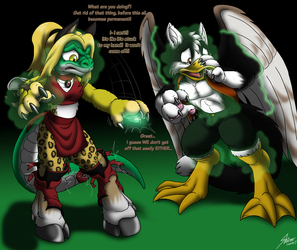 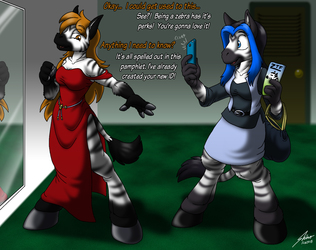 "What are you doing? Honey!! Snap out of it!! It's me, Ethan!!" He attempted to protest as she restrained his altered form. Some unseen voice had compelled her to place a control collar on her neck and now she held another to be fitted around his own. Losing control of his form was bad enough but soon he would lose control of his mind as well. He struggled against his restraints trying to free himself and Diana. He did not know how he would return them to their original forms, but if he could not escape he would be dependent on Rhodes and Lydia to come rescue them. He could only hope his best friend would recognize him in this altered state.

Diana appeared to struggle for a moment, her eyes momentarily ceasing to glow. "Nrrgh..." Her moan was accompanies with a hint of her face softening, but the questing beast soon became fierce once more.