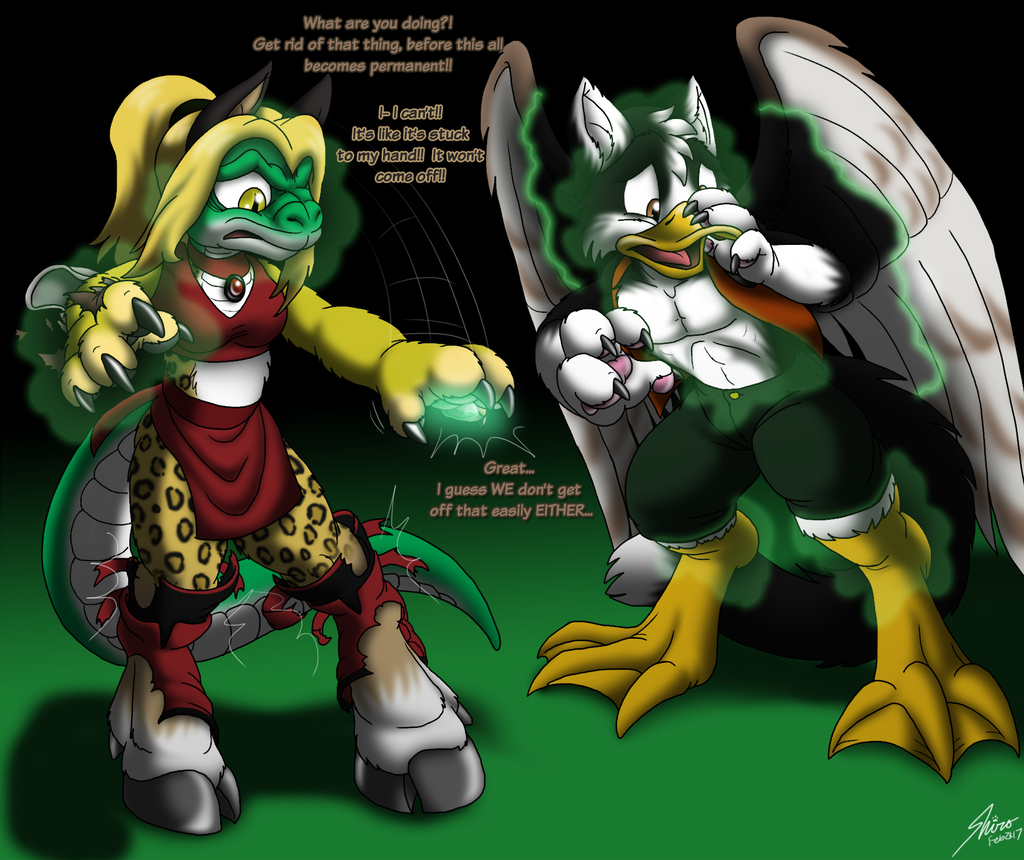 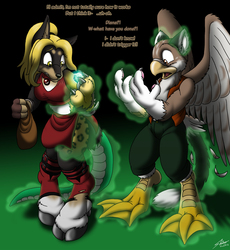 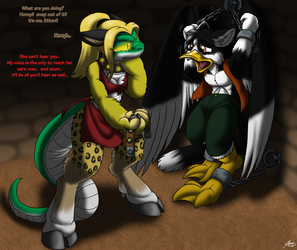 Ethan felt his beak reshape into something much more wide and flat as his paw flew to his face. "What are you doing?! Get rid of that thing, before this all becomes permanent!!" he shouted.

Though Diana tried to comply, opening her paw did nothing other than allow the glow of the stone to shine brighter. She shook her paw but it did not fall from her hand as she expected. "I-I can't!! It's like it's stuck to my hand!! It won't come off!!"

Ethan sighed, giving up the fight as the changes had almost completely overtaken both of their bodies. "Great... I guess WE don't get off that easily EITHER..." he said, glad at least some of their clothes had survived. He only wondered what would happen when the changes completed.