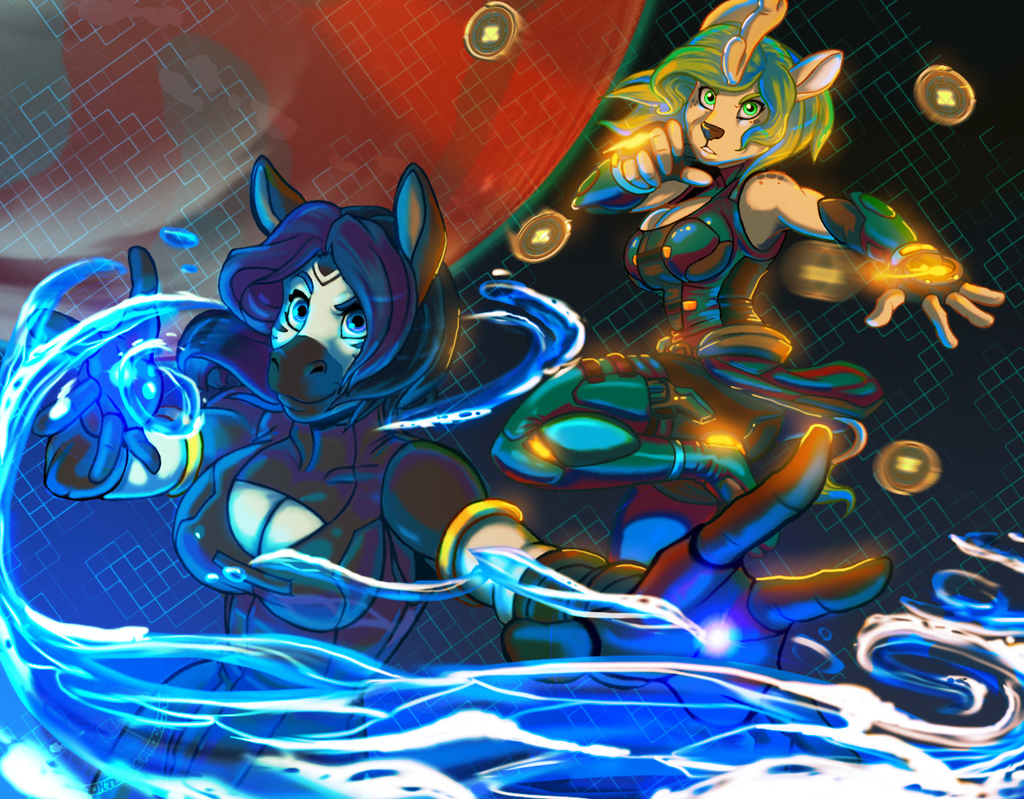 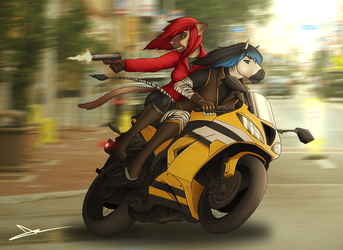 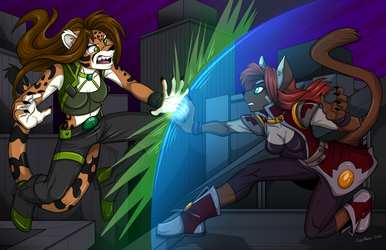 Lauren faced Quill across the training room and launched strands of water at the qilin. Her opponent dodged and floated several coins out of her pockets. To most they were currency. In her hands they were weapons. Quill was a specialist in magnetism. Most of them carried small metal objects to make into makeshift weapons in the field. Lauren recalled the water to her hands and ducked as the metal discs zipped through the air above her head.

She rolled to one side and launched two spheres of water at her opponent. Quill dropped the coins and magnetically pulled two sheets of metal from either side of the room to form a shield as the water splashed harmlessly against the metal.

Lauren again recalled the water and slipped it back into its containment crystals before she rolled underneath the metal sheets and knocked Quill's hooves out from under her. Lauren pushed the sheets out of the way as they fell and landed her hand on her throat.

Lauren smiled. "You're the best we've got. I started with this same training program."

"Is that supposed to make me feel better?" Quill asked.

"It's supposed to remind you that I was a student once too. This is a new program, combining the Ashurian training and our own to make a brand new combined force. The Guardians objective isn't to battle Talwyn abilities anymore. It's to be our right arm and protect the leadership of both sides. Now it's more important than ever that we maintain a unified front against whatever might come our way," Lauren said.

"That's the question." Lauren patted Quill on the back. The qilin was assigned to protect the Talwyn water master now that the last major conflict had ended. Now Lauren's task was to rebuild the Talwyn Council, a job for which she would need as much help as she could get.