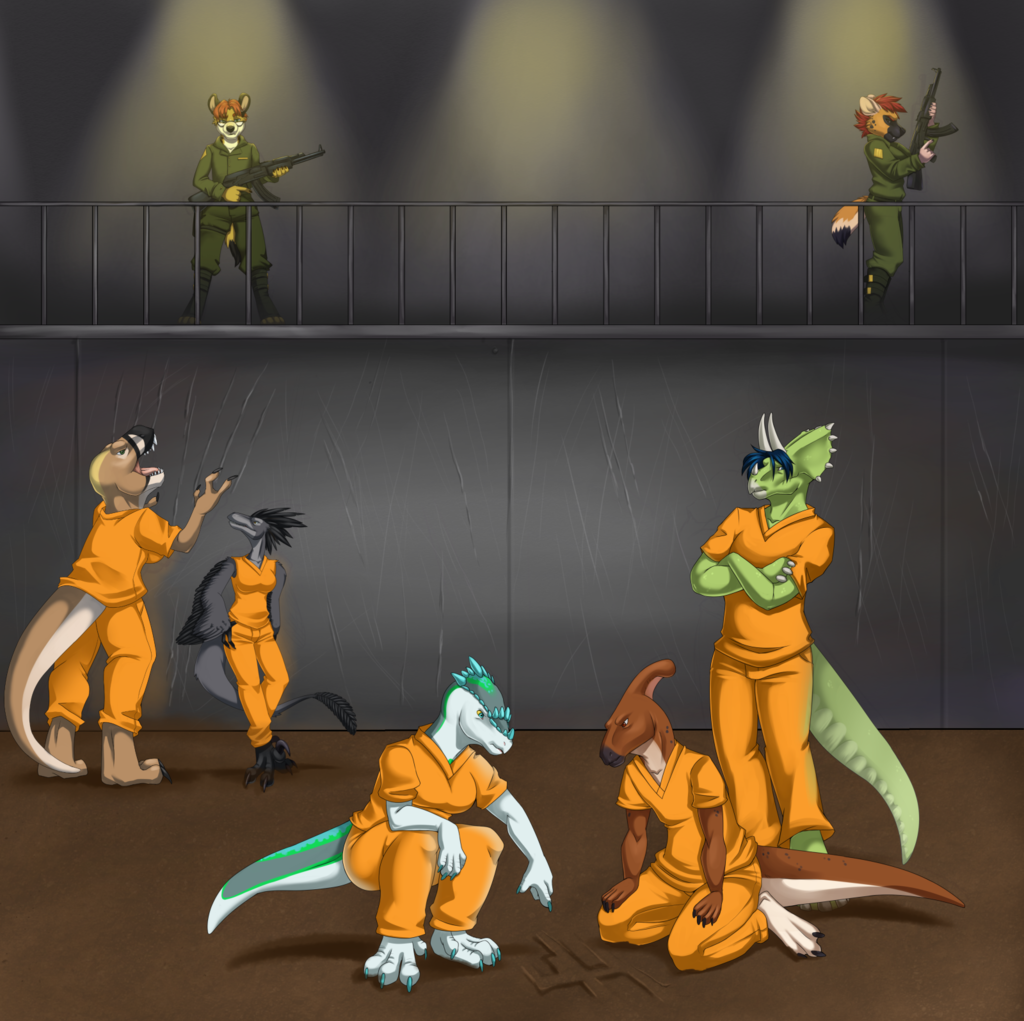 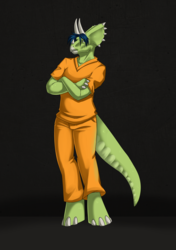 In the weeks that Lauren had been trapped in the Pangean Prison, he knew that nearly everyone in here had been sent here to keep them out of the way. Almost none of the inmates had committed a genuine crime. Transformed against their will into a dinosaur species of the opposite gender, they were forced to carry out hard labor while the mammal guards watched from above.

Anywhere they could potentially escape the floors were designed so their increased weight would drop them down below to where they could be disciplined with no doubt as to their guilt at attempting escape.

All they would need was a moment when the guards were complacent...