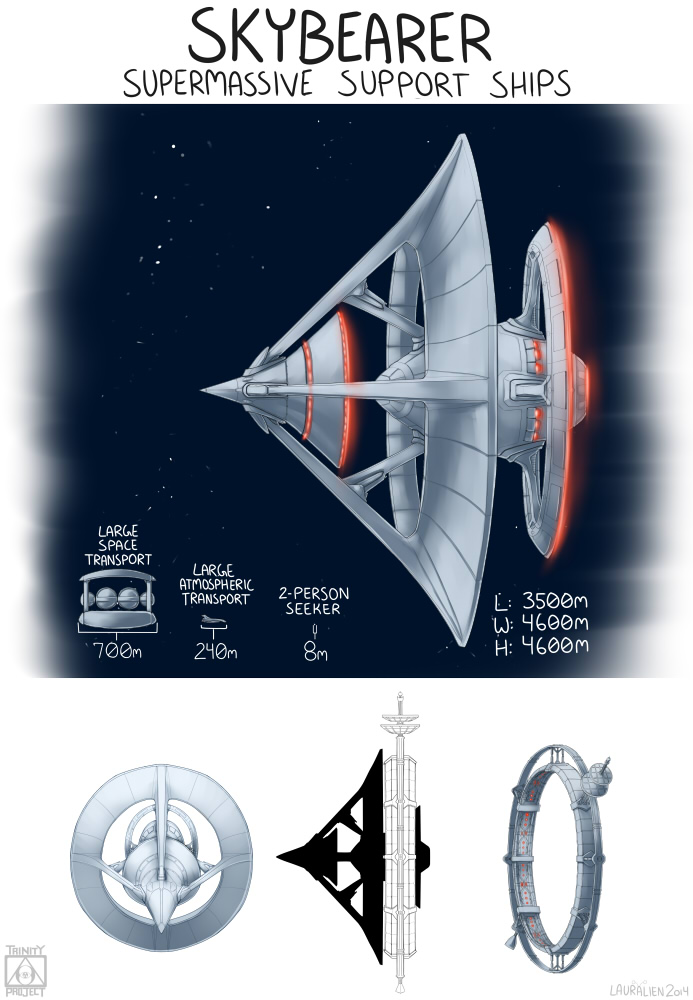 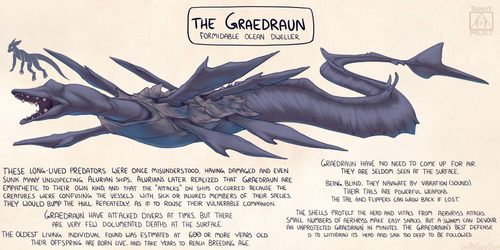 Sky Bearers are the largest (and most expensive) ships in the Alurian fleets. Only three Bearers were ever built. They were collectively funded, researched, and constructed by the "big 3" nations - Kanspyr, Arxyna, Daldra - With each taking ownership and responsibility for a single ship. However, after the Terrible War where Daldra used the superweapon that created the Kyrva Deadzone, Arxyna and Kanspyr agreed together to (forcefully) repossess Daldra's Sky Bearer and sell it to a new owner. Yredua and Dyntral competed for possession of it, but Dyntral won in the end - The actual amount of money (and/or other things) that was exchanged was never fully disclosed. Arxyna and Kanspyr would have preferred to have the Yreduans win the ship, but the danger of economical retaliation by Dyntral was thought to be too great.

Sky Bearers are designed specifically to transport, install, and maintain the Source Gates - Large structures that emit massive amounts of Source energy between interstellar places of importance, creating a network called the Paths. Most of the local space-faring intelligent species use Alurian Source for power. Staying on a Path enables them to travel long distances in relative comfort and quickness...Even though only a few Alurian corporations and governments know exactly how Source Engines work. Alurians are the providers and maintainers of the Paths, mostly through Arxyna's Blackwind Company and the cooperative use of the three Sky Bearers.

The Gates themselves are also space stations that can support about 25 qualified Alurians for up to a full year. Pseudo-gravity is created by rotation, water and air are purified and recycled, and the food supply is mostly renewable. Their crews usually consist of Blackwind employees who live on the station for half a year at a time, often accompanied by mates and/or children. Crews are highly trained to ensure the Gate stays in the best possible working order, with the main goal being to only call in a Sky Bearer for a major failure or a scheduled resupply.

Bearers can be taken planetside, but they require so much energy to function in an atmosphere that they drain any available Source out of the area around them. This effect has been used in times of crisis or war to stall any activity in strategic areas. In an emergency that might threaten Aluria itself, they can function as the core of an "ark fleet" that can transport and support large numbers of civilians and supplies away from the homeworld.

All Trinity Project species and settings are OPEN! If you wish to create something within the TP universe, please read this Journal first.

Thank you, and I hope you enjoy!