Your Vore Tournament Invitation is Here by Lapseph 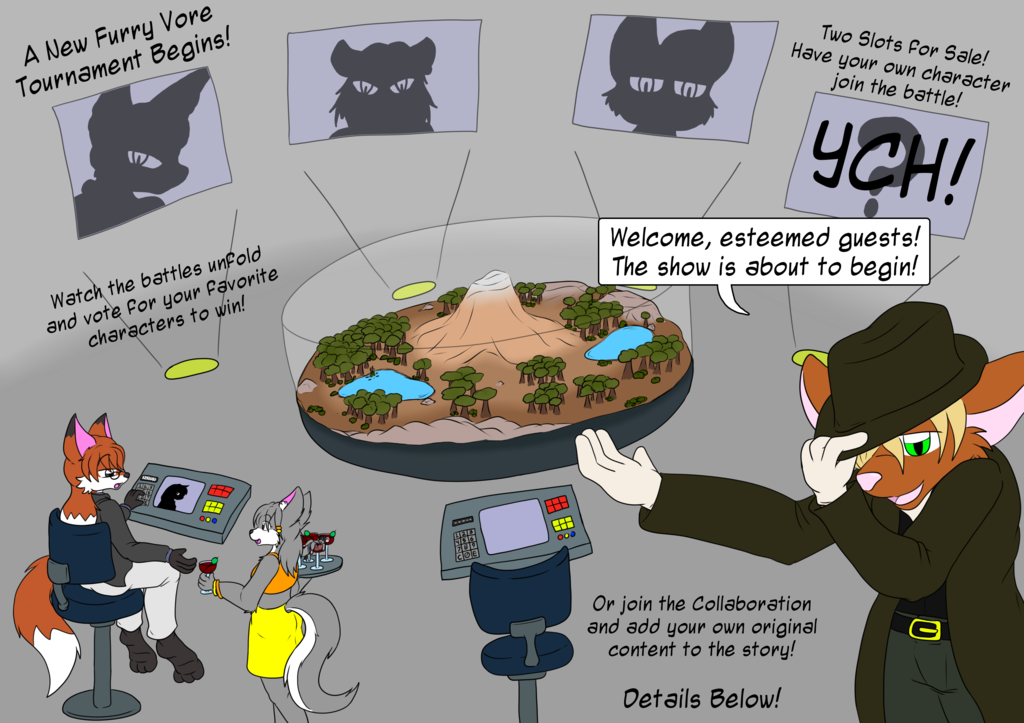 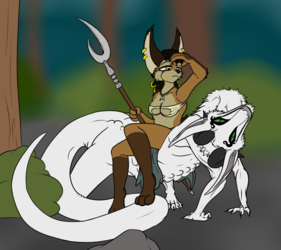 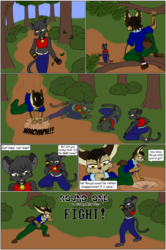 Your Vore Tournament Invitation is Here

*The Story
A mysterious tournament annually organized by the wealthy elite is about to begin. Competitors have been gathered from across the globe and various walks of life, chosen for their predatory prowess, skill in combat, and occasionally lewd behaviors. They will be pitted against one another in a confined island arena, where they shall seek to devour one another, all for the entertainment of the nobles betting on who shall be victorious. But those fighting for their lives are not to go unrewarded, as any Wish is offered to be granted to the victor of the tournament.

*The Tournament
This section of the event is all me. I'll be drawing 1v1 battles between two characters hunting one another on the battlefield. I expect this process to take a while, because I am slow and over-ambitious. Regardless, this will be done in some manner of comic/sequential format. And probably in full color, because I can't make myself just ink things and be done anymore.

*Voting for the Winners
As I start up the drawing process, I'll also be posting a strawpoll to allow the audience to vote for which of the two characters they want to see win the match. Polls will only be available for a couple of days, so I can keep focused and start working out the ending sooner. So get your votes in while you have the chance!

*The YCH Slots, Join the Tournament!
Once I finish figuring out Google Forms, I'm going to set up a form so that individuals interested in claiming these slots can contact me and I can give consideration to each on an individual basis and choose the two characters I like the best for the slots. It is important to everyone involved that I remain interested in completing the project, so I'm not prepared to take just anyone, even if you have the money for a slot. This is also to ensure the openings don't become "first come, first serve" opportunities. Currently, unless given reason to push it higher, these slots will sell for $200 each.
Sign-up Form Available Here,
https://docs.google.com/forms/d/e/1FAIpQLScGQMc8kauq7Q0UIjtWZ5vWJe28R43u5YjGyqyBYboG8De1Zw/viewform?usp=sf_link

*Who are the non-YCH Tournament Competitors?
This is still being decided upon. A full list will be provided as soon as that information is finalized. However, the total roster is set at 12 competitors and that is including the 2 YCH slots.

*Type of content to be expected?
I have a lot of interests, so expect just about anything from the long list of stuff I usually do. So for starters, there will be Oral Vore. Obviously. There is also potential for Cock Vore, Unbirth, and Anal Vore. While Hard Vore itself is not planned for, there will be Digestion (may just be the melty kind, undecided) and the results will be considered Fatal (with no reforming after). You may also expect general lewdness, including nudity and sex. Pairings may be male/male, male/female, or female/female. Other 'gender' types appearing is plausible, as the full cast of characters is still unconfirmed. Expect all interactions to likely fall into the "Unwilling" category.

*What's this about Collaboration and Submitting Your Own Content??
The Tournament is only one half of the story. All the while, a room full of wealthy furs will be observing the battles from a safe location and high stakes gambling on the outcome will take place. I am inviting anyone interested in this concept to join in the fun and take part by creating your own entries to the story, whether that be art, writing, audio, animation, etc. I'll compile a list of all posted entries for easy access and viewing as the event goes on.

There are two particular ideas I have in mind for how this would work...
1) During the early stages of the tournament, the gambling patrons reminisce with each other about previous tournaments they've witnessed and the huge wins and losses they've made betting on the outcomes. This creates an opportunity for you to tell your own story (in flashback essentially) with your own set of characters and detail vore battles that have happened in the past.
2) As the tournament carries on towards the end and the gambling heats up, the patrons may put a little too much on the line... and you could tell the story of their fate when the character they went all in on wins or loses, and they are left to face the consequences of their actions.

And you would certainly be welcome to expand beyond those two ideas, as I doubt I could think of everything someone might like to do with this scenario. I welcome your creativity and look forward to seeing what you come up with!

If you have any additional questions, please ask them in the comments below!