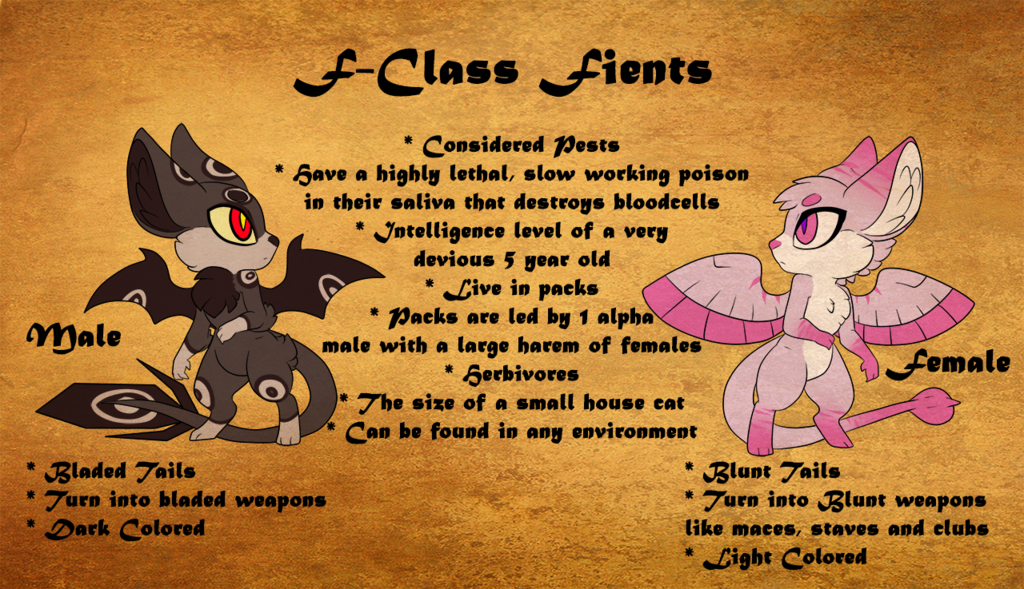 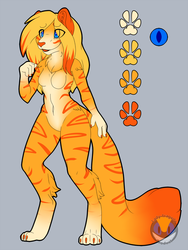 So Uncanny-illustrator wanted me to do species guides for some of my other made up species. I decided to do the F-class fients first as there's quite a few different people who have them as I've made adoptables for them before.

So yes. There's a lot of different fients. F-class are the smallest amongst them. They're cute but very intelligent to a point of sentience. They tend to make a real nuiscance of themselves, ranking about Raccoon in pest evel, except they will bite you and lace your blood with poison if they feel threatened or get spooked.

They're often kept as companions though, especially by warior type people as they can transform into whatever their tail resembles weapon wise.

Expect some more of these species guides later >>