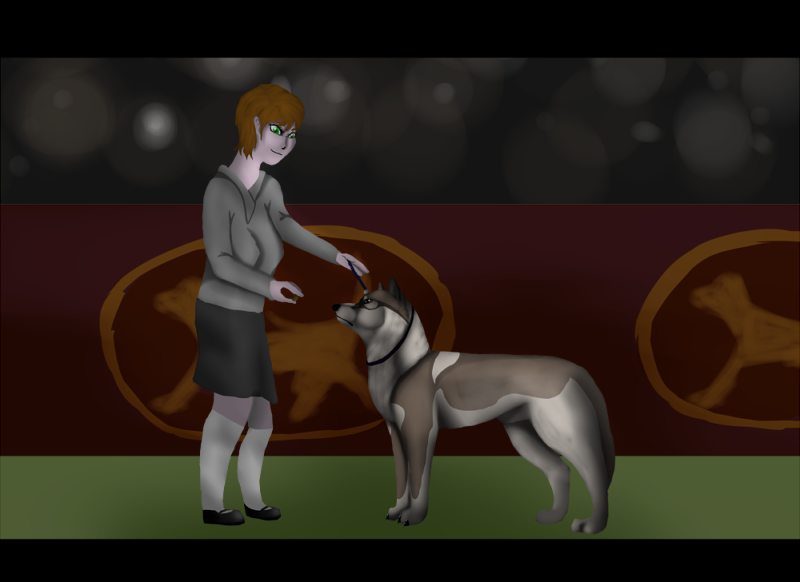 Delgato had taken to plane ride well. We had gone from Beautiful Waters kennel to participate in TKC'S WESTMINSTER Dog Show. We hoped he would do well We had hired Royally Glamorous dog groomers to prep Delgato for the show.They had done a beautiful show and when he came at he was shining. We waited in our group while the judges judges the other groups. I looked at our others competion, noting that there were some beautiful dogs here.

I was a bit nervous, as Delgato had been in only a few shows. He was mostly a working dog. I was also excited though, the fevor pitch of the crowd echoed with me. Soon it was time for our group to be called. We proudly walked out onto the stage. We waited in line as other Spitz bred dogs where judges and gaited around the ring. I was impressed by our competition.

Finally it was are turn. The judge had my show him delgatos teeth then check his ears, head, and other important areas. He then motioned for us to gait around the stage. Delgatos motions where fluid as we did and I was so proud of him. I could hear camras clicking as he gaited.  Soon we where done, and we waited to hear the results.