I know the idea of actually reading a ton of comics by some guy you don't know on the internet, on a site I can only assume you cruise primarily for porn, will pop into your brains next to the sentence, "Oh, that sounds fun." about as frequently as the idea of mutilating your genitals with a straight razor does. (OK, not you, guy who is actually into that.) But come on dude, I'm going to make this easy for you and give you some blurbs to direct you to the best possible folder in my galley! I worked hard on these, fellers! Check it out, I promise the writing in my comics is at least marginally better than the writing in this header.
CHANGE:
Moving to a new town ain't ever easy. Especially when your new home is in the middle of nowhere, and the only other kid in town seems like a spaz. But perhaps there's more to this town than one kid's first impression could ever conceive.
CHEER UP, ROLF:
Join one self centered koala's quest for artistic dominance as he cruises to the top of the art world, becoming simultaneously more known and more alone than ever before. A comic romp through depression, narcissism, relationships, and fame.
Cheer Up, Rolf! Finally Free!:
All New Rolf, all New Town, all new fake friends. Join us for the second season of Rolf, wherein our hero pursues a romantic interest, and learns about the value of friendship.
Lord, Take These Words Away:
A slightly embellished autobiographical record of my early days in the navy, my friends, and falling in love.
MOONBASE:
Surreal kafka-esque comic centered around an inside joke my friends and I had that one of us was going to be sent to the moon for our duty station.
Potential:
My comic piece in the RRUFFURR2.0 collection. A short comedy about youthful aspirations, and the crushing weight of reality.
There Are No Safe Place:
Something's up with Frank's buddy. He's been drifting away. But Frank's just not content to leave it be. Noir.
ROMPER'S ROOM!
Join everyone's favorite psychotic kangaroo for some post apocalyptic educational courses. He's the dude in the know, letting three very special youths (And you!) in on the secrets of the universe.

Most recent: CHEER UP, ROLF! presents: A Man And His Ass #6 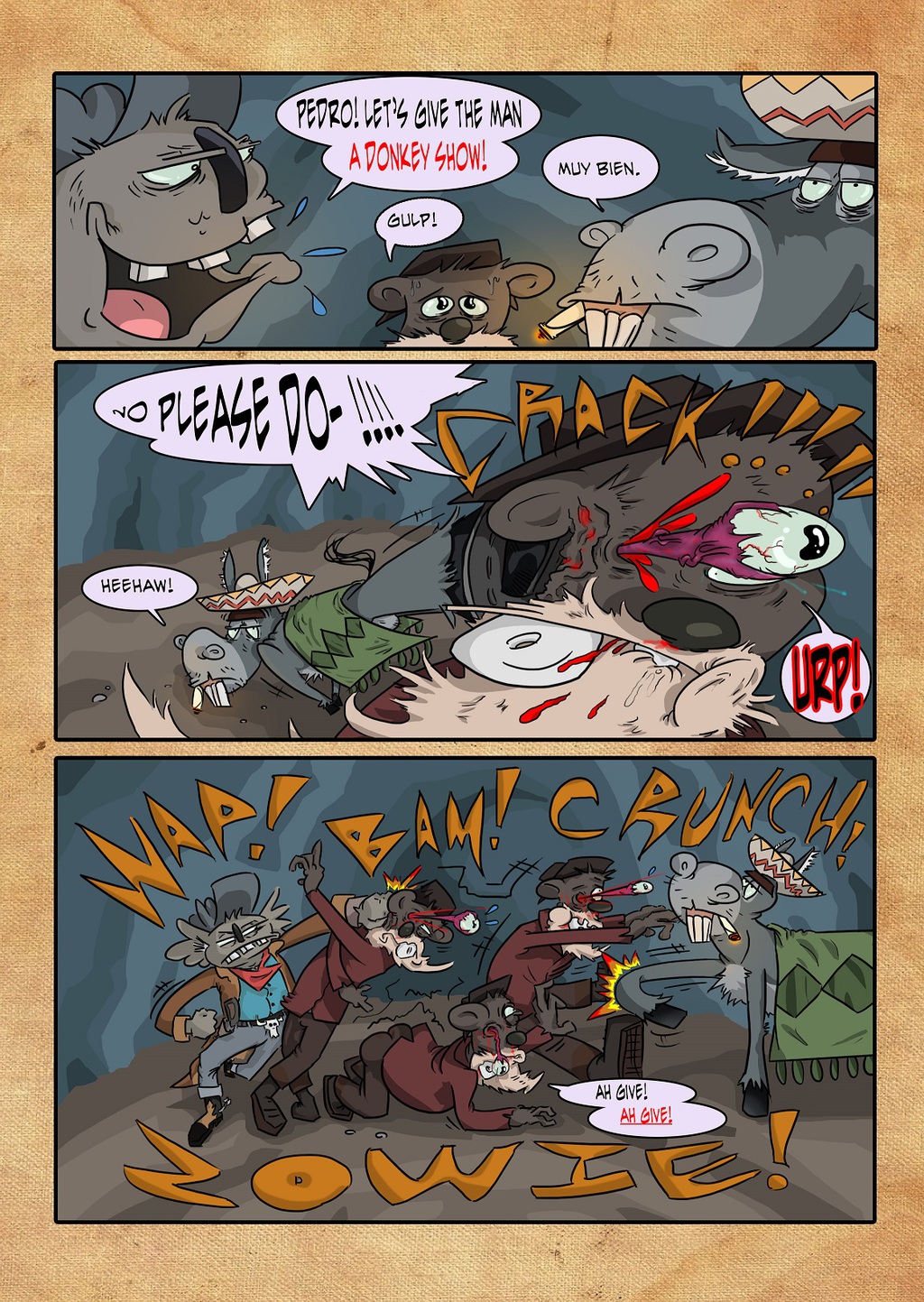 So it's been a while, is it worth posting here? I guess I might as well try.

Lord, Take These Words Away