Coveralls make the fur by Kyred 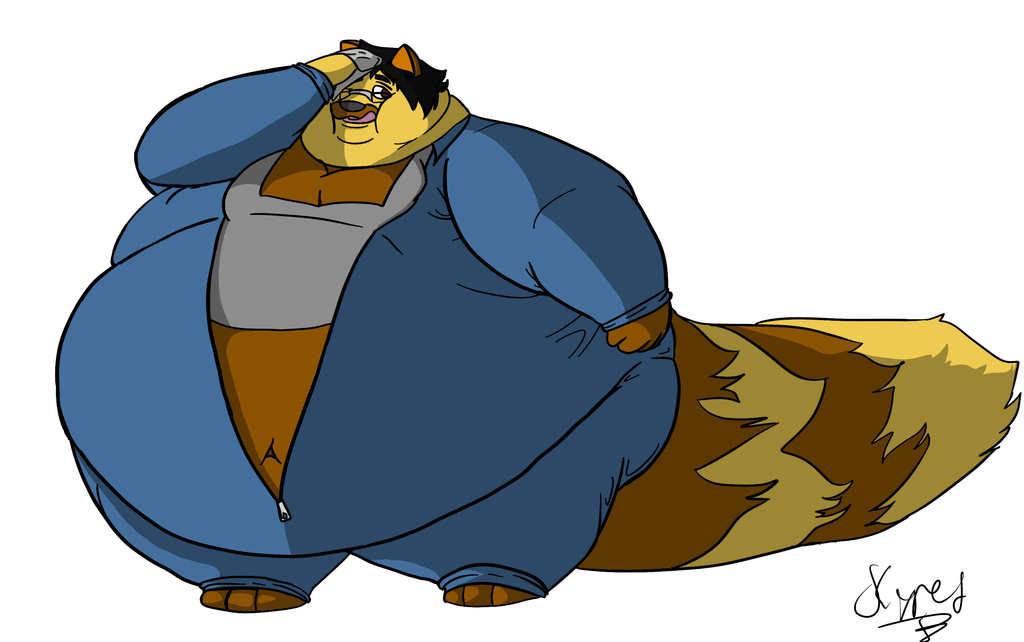 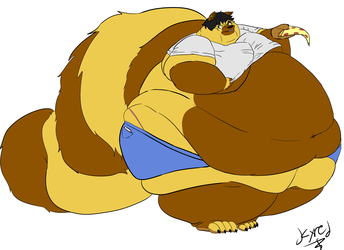 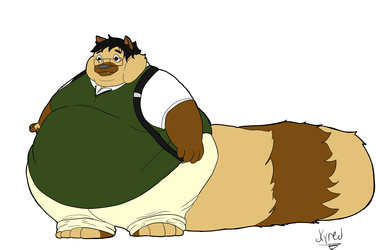 A sigh could be heard, accompanying a slow rustle. A heavy tanuki was wiping his forehead of sweat, groaning to himself. He questioned himself why he bought the, once fur-tight piece of clothing, and why he kept wearing the damn thing. He couldn't even zip it anymore, and actually threatened it with ripping. He thought it would be fun to wear at first, not having to worry much about matching his clothing, especially since he outgrew the stuff often.

The idea became concrete to him when he saw a bear, who was wider than he was, even now! Lumbering around in a pair, the ursine had to be at least half a ton, maybe even 3 quarters of it. His form was all contained in a massive pair of coveralls, straining to keep the mass from shaking all over. It was a magnificent sight, a bear barely able to move, his arms straining the sleeves.

On that day he caved in and bought himself some, hoping to be just as sexy. Oh, what a foolish mistake. He didn't check how big each size was, thinking a 10xl in clothing was the same for this. To him, the skin tight suit was more like an 8x. It was tight at first, which he didn't mind at first, but as he grew wider and heavier... Well, the results are somewhat obvious. Now, too fat for the only clothing that fits him, and too lazy to buy anything better, he just lazed around and lumbered everywhere, showing off the large orb he carried, as it squeezed and shook itself around. All this waddling was making him hungry... It was after all time for his 8th dinner that evening...

This was fun to draw! Had the idea after seeing a few fatties in overalls and thought, why not? And am i glad i tried.