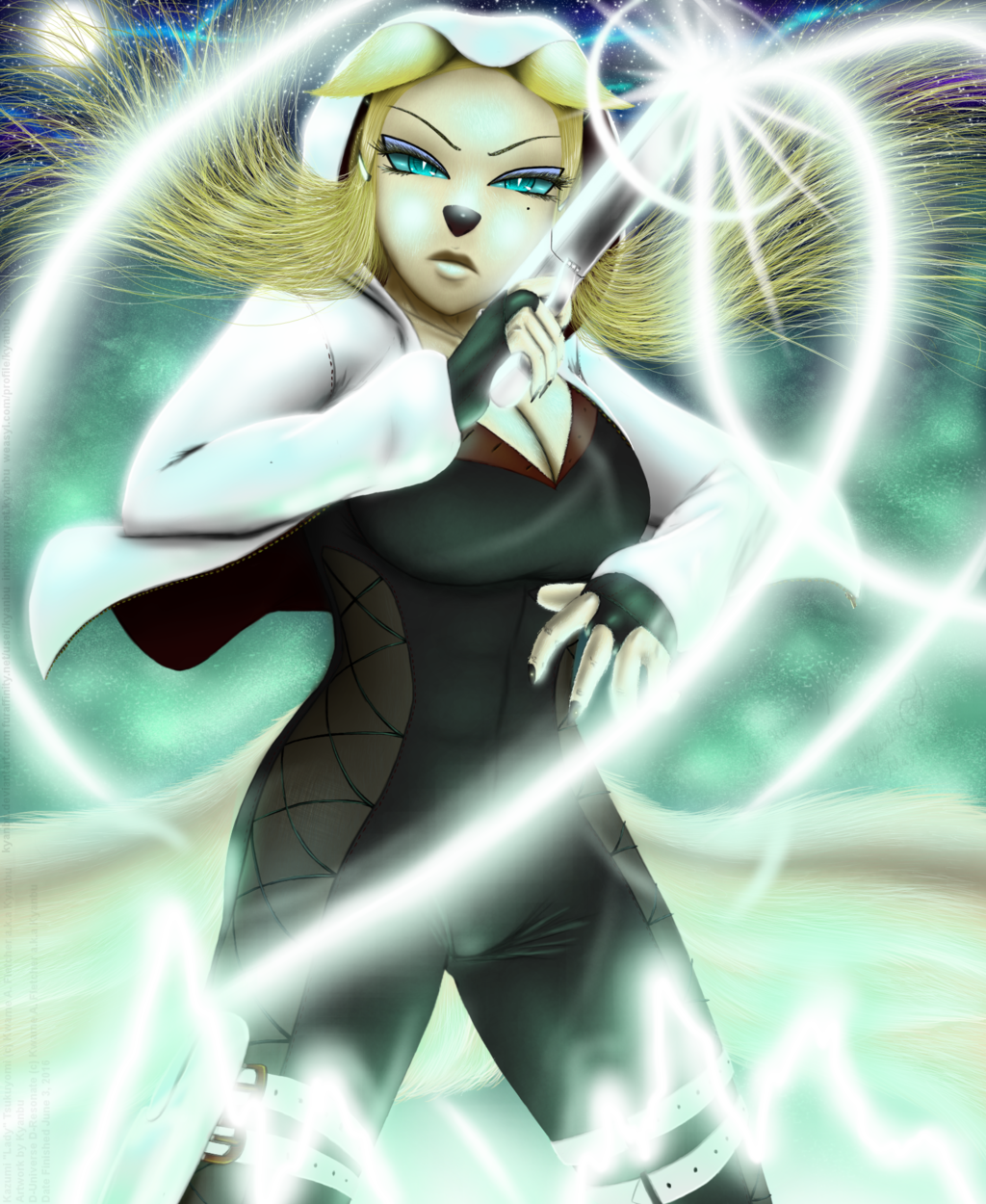 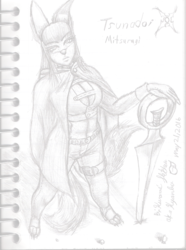 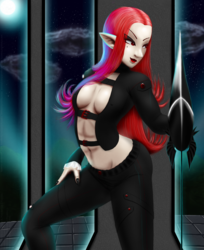 Kazumi charging up her Mana Gun "Silver Fang" for a powerful shot. more practice with Dynamic lighting and giving Kazumi a more proper portrait. I did say she uses both Mana Swords and Mana guns after all. So here's her Gun.

A bit of info about this CG:
This CG started out as a all Digital Speed paint attempt. Testing out a different way of digital painting and hand rendering to try a speed things up even more. After not quite meeting my personal time stamp. I decided to make this a full CG. All done in GIMP 2.6 as usual. And damn did it take a bit to finish, was meant to be done two days ago alongside a commission I'm finishing up. But a few things ended up stalling this one out. Namely the Fur texturing and particle effects. Because I'm now doing Dynamic lighting more properly, I wanted to make sure the Light bounced off her fur right. Which lead to me hand drawing not one but two layers of fur texturing. The Background is all drawn by hand save for the full moon which was drawn using the eclipse tool, then touch up with the brush tool for the glow effect.

The Stars and particles are created using the same method I use to create Stone texture brush, then applied using the brush tool. Though with the particle effects I scaled the brush up and down a bit. And the stars were drawn on two layers, one from the small distant stars. and one for the nearby stars. The Second stars layer was duplicated twice, with the original Second stars layer and first duplicate layer gaussian blurred to create a nice glow effect. The character was hand drawn, colored, and rendered using the brush tool. And touched up with the smudge, Path (mainly the gun lighting), and erase tools. And the bright ring of energy around the barrel of her Mana Gun was created using the Eclipse tool, Rotated, Duplicated across two more layers. And then gaussian blurred to created the glow effect.

The rays of light, Energy background, and bolts running across the bottom were hand drawn using the brush tool.

Total Layers: 150 with no masks used

Now for the character:

Kazumi "Lady" Tsukuyomi is one of a few secondary characters in my current indie game project "D-Resonate, Sonata of the Phantasm".
Info on the game can be found here: http://kyanbu.deviantart.com/journal/Updated-DRSotP-info-602950067