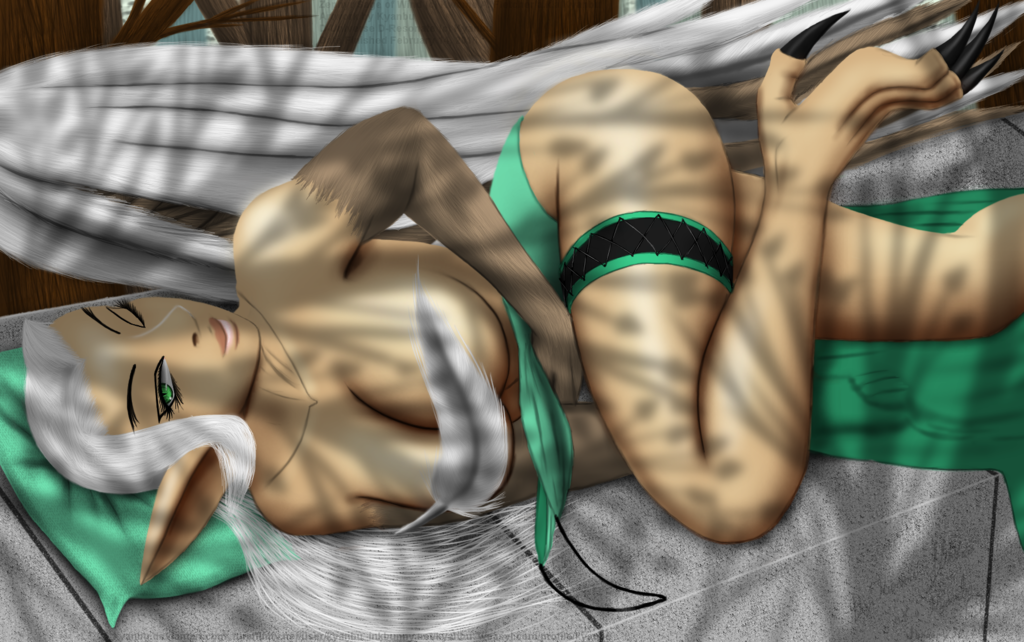 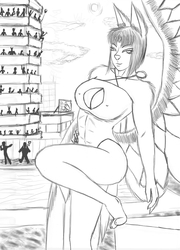 Yes this character is a Harpie. Yes I'm aware of the wing placement being incorrect by fantasy standards, it was done on purpose for a number reasons. It's good to break some rules of anatomy some times. Especially with mythological creatures like the Harpie. And she can technically shapeshift to an extent so it kind of works out in regard to the Myths too when necessary.
This is a remake of: http://kyanbu.deviantart.com/art/That-Photoshoot-CG-287247105

Zephyr's design continued to change over the years but now her body has been finalized. Despite being a bit shorter now and her powers being greatly nerfed like every other character, she's pretty much almost exactly the same in D-Resonate as she was in the old Mischief Knights project. So yeah, still a technical pacifist Sage of Wind who models (sometimes nude) on the side much to the disdain the Sage Consul and Chronos, Sage of Light.

More on the Sages and Zephyr Squall later when I post a cleaner pic of Zephyr.