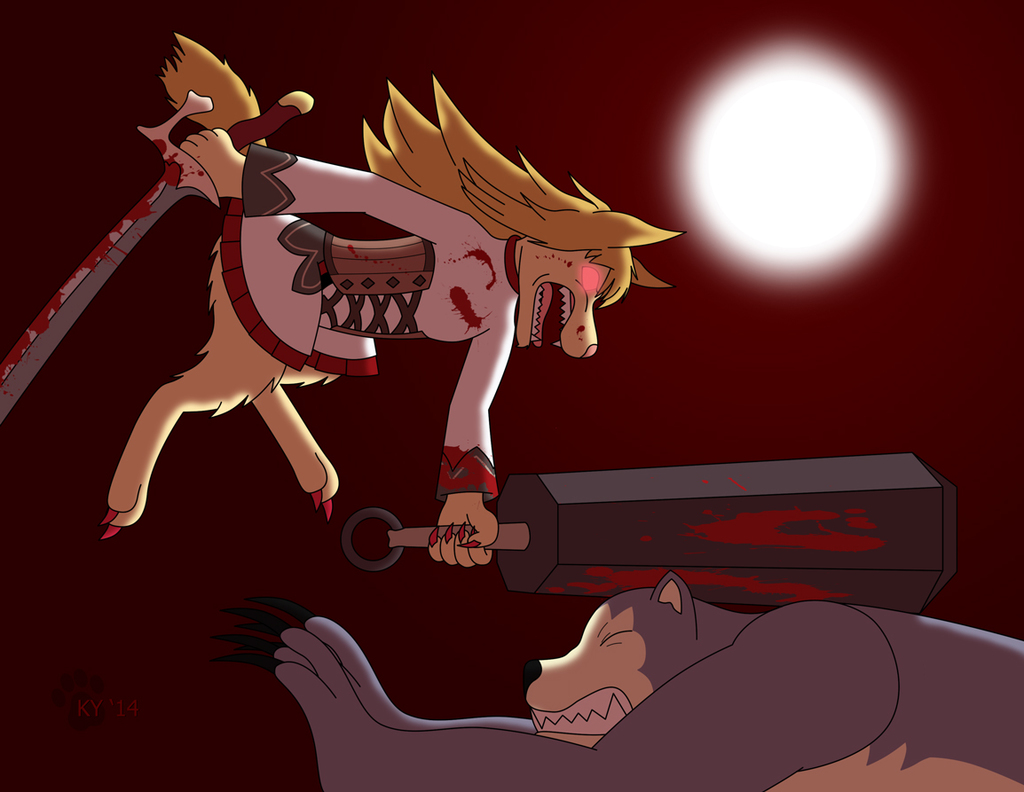 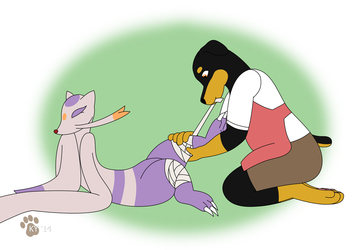 Everything can collapse.
Houses, bodies, and enemies collapse when their rhythm becomes deranged.
In large-scale strategy, when the enemy starts to collapse you must pursue him without letting the chance go.
If you fail to take advantage of your enemies' collapse, they may recover.

So this is my idea of the "murderous rage" that Bushi go through while using Blood Surge. Still trying to understand lighting. Some input on that would be appreciated.

As an animal lover, I kinda felt bad for using a Cutter like that. He probably deserved it, but still.

Also, I used some splatter brushes that were made by lpdragonfly. I don't use deviantART, so can someone let them know I used them for this?

Chatacters © Atlus
Art is mine.
Inspirational music: Unrest - The End of Raging Winds