My Mistake by Kwandry (critique requested) 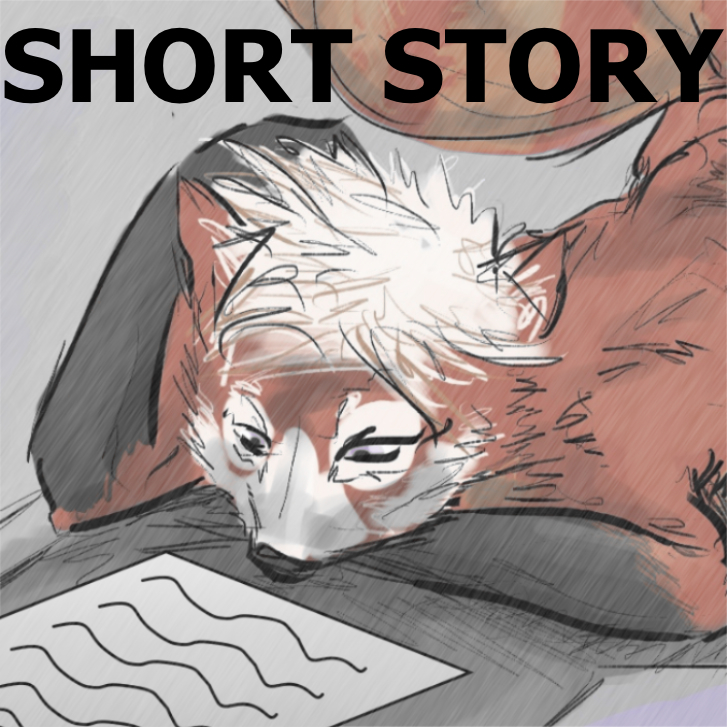 "Excuse Me? What did you just call me?"

Blinking, I sat down my coffee cup, looking at the well-dressed red panda glaring at me from across the table. Trying to smile, I forced a half-chuckle, hoping to lighten the mood. "I'm sorry, I didn't mean to offend you or anything. But, that's what you guys are called, right? At least, I've heard some people call you that."

The panda gritted his teeth, his brown-furred paw gripping his own cup as the fingers pressed into the styrofoam. His eyes darted around, and I thanked the gods that the coffee shop we were in was packed to the brim. I didn't know him very well; I had just met him a few minutes ago, asking him if he would mind me sitting at his table, as there were no other empty seats available. As we started talking, I had surmised that he was fairly well-mannered and polite, our conversation pleasant enough, at least until I said something that must have offended him somehow. Still, I highly doubted he would cause a scene in a place like this.

Still frowning, he closed his eyes. At first, he appeared to be meditating, breathing in slowly and noticeably. Maybe he was just trying to calm himself down, I thought, counting to ten or something. "Kwandry?" I asked him, tilting my head a little. He didn't respond, and I began to feel uncomfortable. "I- I should go," I finally said, standing up and gathering my bag and coat.

As I did so, however, I felt a slight tremor in the ground, barely noticeable at first, but quickly intensifying. Glancing around, I realized I wasn't the only one who felt it; the other patrons of the coffee shop all turned their heads and began to murmur to one another. "Is that an earthquake?" I heard one of them say to their companion. "It can't be, not around here… right?"

Her question was immediately answered with a resounding and definite "No", as Kwandry quickly rose to his feet, his whole body visibly vibrating. For a few seconds, everyone in the shop stared at this slender, young red panda, all coming to the same realization at once but refusing to believe it. Someone then screamed, and a general panic set in as the mob rushed towards the door, trying to squeeze out through it, only a few making it out before he started to grow.

I backed away slowly towards the rear wall of the shop, the only way I could go, as the panda started to swell in size. His growth seemed to happen quickly, as if he had been bottling it up inside of him until the pressure had caused him to explode. The sleeves of his button-up shirt ripped down the sides, and his pants and shoes bulged under the expanding body they were trying (unsuccessfully) to contain, his toes and legs finally breaking free.

His head soon reached the ceiling, and I realized he was about to burst through it. I dove under a table just in time to avoid being hit by a large chunk of the ceiling crashing down. Clutching my knees, I looked up at the two thick tree trunks of reddish brown fur that continued to rise up through the ceiling.

By this time, those in the crowd who hadn't gotten out of the shop were probably either crushed underneath the debris or beneath the panda's paws, which were rapidly expanding to fill up the shop. Glancing back down, I realized that his toes were beginning to encroach underneath my table, the soft orange pads close enough that I could reach out and touch them. I began to panic. Escape seemed hopeless; to my right was the wall of the shop, and if I tried crawling to my left, the paws would most likely catch up with me before I could make it to the back hall and out the emergency exit.

I didn't have much choice, though, if I wanted to survive. Standing up, I took a deep breath and squeezed through the small space in between his ankles, brushing up against the silky brown fur of his paws, trying to avoid looking up and seeing just how much panda there was above me. Once I was safely through, I ran to the door, gasping as I made it outside into the fresh, cold winter air.

Sirens blared throughout the city, and I could hear screams coming from each side of me. The street had somehow been cleared of traffic and looked eerily empty; I suppose the police must've gotten quick word of just what was going on here and set up a blockade or something. I bent over, placing my hands on my knees and catching my breath. Thank God I was out of that insane situation, I thought.

"Just where do you think you're going?" I felt a large, warm, furry hand wrap around me and suddenly lift me into the air, the pads pressing against my face me like a pulsing leather sofa cushion. My feet dangled as I rose higher and higher, and my stomach started to feel a little uneasy at the rapid change in altitude.

The hand I was in turned on its side, leaving me face down in its palm. Quickly rolling myself over, I cowered up at my captor, who's face smiled down at me mischievously. "P-please, Kwan! P-put me down! I'm-- I'm sorry!"

Chuckling, the panda shook his head. "Don't worry, little one, I'm not gonna hurt you. But I want to ask you a question before you scamper off."

Kwan brought me up to his face, close enough that I could see my own reflection in his violet eyes. His warm, moist breath washed over me, still tinged with the strong aroma of the coffee he had been drinking a few minutes prior.

"A-- A question? What?" I couldn't imagine what this titanic panda wanted me to tell him. Whatever it was that he needed to hear, I was prepared to say, just to be let out of his grasp as soon as possible.

"I just want to know one thing," he finally said, jostling me back and forth in his hand a little, "Would you still say that I'm a 'lesser' panda now?"

There's only a few things you can do to get Kwan upset. This short vignette demonstrates one of them.

Kwan the red panda © me.