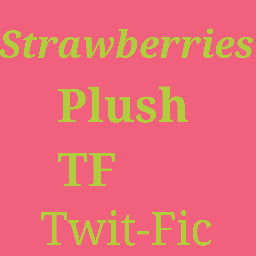 There’s nothing like walking around the mall on a weekend, window shopping the places that haven’t shut down due to competition by the internet. Eating an overpriced pretzel from the upstairs food court, looking up at the pre-summer sale banners for various stores. A few stand out, a fashion line of ripped clothing, slashed prices on scented candles that were leaving or entering their seasonal range, something you can’t identify where a brightly colored hyena in a stereotypical ‘punk’ outfit poses with a speech bubble saying ‘Join the Agenda~!’ You have no idea what that agenda would even be.

While you’re thinking over that particular ad, you’re pulled back to reality by the sensation of stepping in a puddle, followed by the rush of falling as your foot slips out from beneath you.

You land on your rump with a splash, already feeling a sharp pain in your tailbone. Looking down, you realize you had walked into a puddle of some kind of pink fluid, that was readily seeping into your pants. Shaking your head, you remind yourself to watch where you’re stepping next time.

Laying your hands to either side of your hips, you begin to push yourself upright, only for them to slide just as readily as your shoe did, leaving you flat on your back. There went any chance of not looking dumb today. Making another attempt at righting yourself, you roll over, soaking the front of your clothes, and push yourself upright much more carefully.

As you raise your wet butt up and away from the the tile floor, it dawns on you that something suddenly feels much heavier back there. Looking back, you can clearly see a truly massive tail, jutting out from your spine and forcing down the waistband on your pink-stained jeans. It looks like a fox tail, but but even a real fox’s tail. It's neon pink with a black tip, visible stitching, and seams. There’s even a tag.

Even for the toy tail’s sheer size, which has to be as long as your legs at the shortest, and wider than your head, at its broadest point, that pales in comparison to how heavy it feels. Throwing you off balance as it sways side to side, almost like a barbell strapped to you.

Trying to force the distraction aside for a moment, you focused more on pushing yourself up off the floor with your right hand and left... paw!?

Your bulky, low-dexterity handpaw slips on the well-polished tile floor, keeping you laying on the floor. You can notice the smell now, the liquid you’re slipping in has this gentle strawberry scent to it. It was clinging to your clothes, too. But the strongest instance of it was your paw, or at least, that was what your thought before your new tail smacked itself into the floor, kicking up an even stronger cloud of that heady, fruity aroma.

You suddenly snap back to attention, not knowing when you lost track of yourself, only knowing you’ve been out of it long enough to absorb they entire puddle without noticing. All you can smell now is that strawberry aroma soaked into your clothes and fabric. And all the while your new tail swishes happily over a rear that you can feel swelling to match it in size, swaying in perfect time to the snappy, staccato pops of your jeans’ stitches, which are systematically giving way to the massive pink rump of a pear-shaped plush. And the increasing tightness of your shoes foretells a similar fate for them, if you don't get them off soon.

Barely thinking, you sit up on the soft fabric of your changing butt, feeling your stuffing spread out slightly under the weight of your body. Trying to reach for your shoelaces with one fully formed paw, and another well on the way to matching it, you find they simply squish against each other and the shoes. There’s absolutely zero dexterity left in your hands to properly remove your already straining footwear.

With a sudden surge of growth, your dull plastic toeclaws begin to peek out though the seams between the toebox and sole of each shoe, the pressure of your changing feet building and building, until finally, the the soles are forced off of them entirely, leaving the torn remnants of your cheap sneakers snagged around your soft plush ankles, where they push your stuffing out of the way with their uncomfortably snug fit.

By this point, the remnants of your pants are held together by nothing other than sheer stubbornness, and doing nothing to hide your overstuffed lower half, while your shirt has at least been spared, forced up and out of the way by your huggably large toy belly, and equally oversized arms. It’s actually a bit as a miracle that it actually managed to stretch to fit your new form as a bottom-heavy toy as much as it did.

Reaching up to your face with your soft, squishy, bulky paws. you bump into an equally soft snout. Unable to feel the change as anything other than a dull pressure, despite the fact that the muzzle is still growing in right in front of you. Turning to face a toy store's display window, you manage to watch as the last of your humanity slips away, ears growing to full size over white button eyes and a sewn on grin. A perfect plush toy fox looking back at you, all in pink and black, with hints of a cream underbelly Under your barely fitting shirt.

There's no mistaking you as anything other than a huge toony plush, now. Everything is awash in the scent, the taste, the soft pink of strawberries filling your senses... Well, at least your butt doesn't hurt anymore. 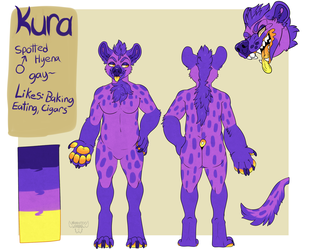 Posting this here first, then on FA later to gauge reactions. Another short story derived from a past Twitter thread, this one is summed up nicely by the keywords provided.