They were just passing by, as you carried some groceries back home. It had been an ordinary day, up until the moment you saw them. A living pooltoy made in the image of a massive anubian jackal. The huge, feral synthetic strutting along as if nothing was out of the ordinary.

You couldn't help but stare. Losing track of what you'd been doing as your eyes glued themselves to the jackal's surface. Part of you was instantly convinced that the inflatable anubian was the single most attractive being that you had ever seen. Simply the ideal body to you. They were perfect.

Something about the way their vinyl coat caught the light. You drop your shopping bag in the mindless haze of staring at the inflatable jackal's increasingly distant, somewhat bouncy rump, the sound of it hitting the pavement snapping you back to your senses…But also alerting the jackal to you.

They balanced on a single forepaw, swinging their hindquarters up and around as they twist to face you. A deliberate display of that weightless mobility that you can't help but be impressed by.

You want to apologize for staring at them, to run away before they can close the distance, but you can't. Your body locking up as the shiny beast approached with a knowing, bounding steps.

The jackal reached you surprisingly quickly, and only then, by coming face to face, does the realization hit you as to how big they really were. The jackal was at least equal to a small car in stature.

The massive toy looks down at you, their printed-on expression saying more than enough with a jagged, smug grin.

And that expression said [Kneel].

You obeyed that unspoken command instantly. Dropping to your knees, right there in public. The anubian replied to that with an approving squeak, and a tilt of their head.

[Good pet], the words poured into your brain, along with a pure, molten pleasure that came from giving in.

Not even a moment later, an air-filled forepaw swung up into your face, and knocked you onto your back. Forced down to the warm pavement, pinned beneath that very same paw, its surface conforming tightly to your body as they press down. You can't even try to struggle, only stare up at your new God-Pharaoh’s perfect body.

Hopelessly gazing up, into the glossy black surface that pulled all your thoughts deep down, far out of reach. Into golden markings that burned new thoughts directly into your brain. More than just sight of them, the subtle scent of vinyl, the tiny squeaks produced by every moment, the sensation of his paw on your chest. All of them were will-breaking individually, together, they were more than enough to claim your mind.

Eventually the weight of the divine jackal's forepaw lifted, and a new command flooded into your melted mind. [Strip] You tore your clothes off, only dimly recalling that you were still in public. Stretching and ruining fabric, popping stitches, too consumed in your rush to obey to take the time to do it normally. Eagerly offering your naked form to your shiny master from the moment you finish.

[Stay]. They paced a slow, deliberate circle, inspecting your body with printed-on eyes. Prodding you with their inflated snout. Eventually, after settling back in front of you, the domineering toy leaned back onto their hindquarters, and pretended to mull over your value...

The great, synthetic beast then split open their inflatable jaws. A seam hidden along the zigzag pattern of the printed on teeth pulled open, and revealed a tunnel of elaborately patterned black and gold vinyl. Even compared to the markings on the jackal’s body, those inner patterns were enthralling.

And while you stared, mindless, into those jaws, the anubian lunged forward with a single bite that enveloped you entirely. Waves of pleasure hammered down your brain, as you're entirely surrounded by your vinyl master's maw, only more so as they gave you a playful shake as a common feral dog might have done with a favorite toy.

They swallowed, and your world went dark. Feeling yourself be slowly squeezed down a throat seemed to go on forever, a long, dark tunnel, with warm,walls on all sides. You could barely make out the same, mind numbing pattern of black and gold continuing down for as deep as you can see. Eventually, the warm, snug descent into darkness claimed you, and you blacked out.

...When you finally did wake again, you were on your back, gazing up at your anubian God-Pharaoh, standing proudly above you on the surface of an oasis. Nothing was visible in the distance save for sand, and a single pyramid made from gleaming golden rubber.

Rolling over onto your stomach, you looked down, and saw that the reflection in the water below showed only a much smaller, less detailed toy jackal, patterned like white gauze wrappings. Bringing a squishy vinyl paw to your snout, you felt a single word fill your head.

[Sit] Your new body snapped to attention automatically.
[Speak] You squeak-barked in acknowledgement.
[Obey] You barked again…
[Worship] And again…
[Forever] And with one last bark, your fate was sealed.

This was your life now. 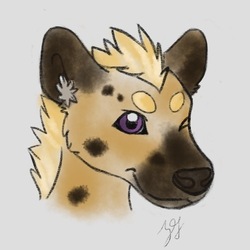 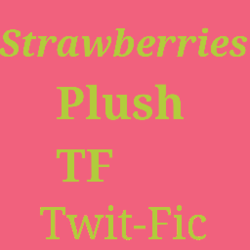 A rare upload from me. This one was originally a thread I posted to Twitter, before motivating myself to give it a mild polishing and upload it here.

It's a simple, point of view ride through an encounter with a mind melting toy jackal.

Not sure how often these little Twit-Fics happen, but I hope you'll enjoy reading them.