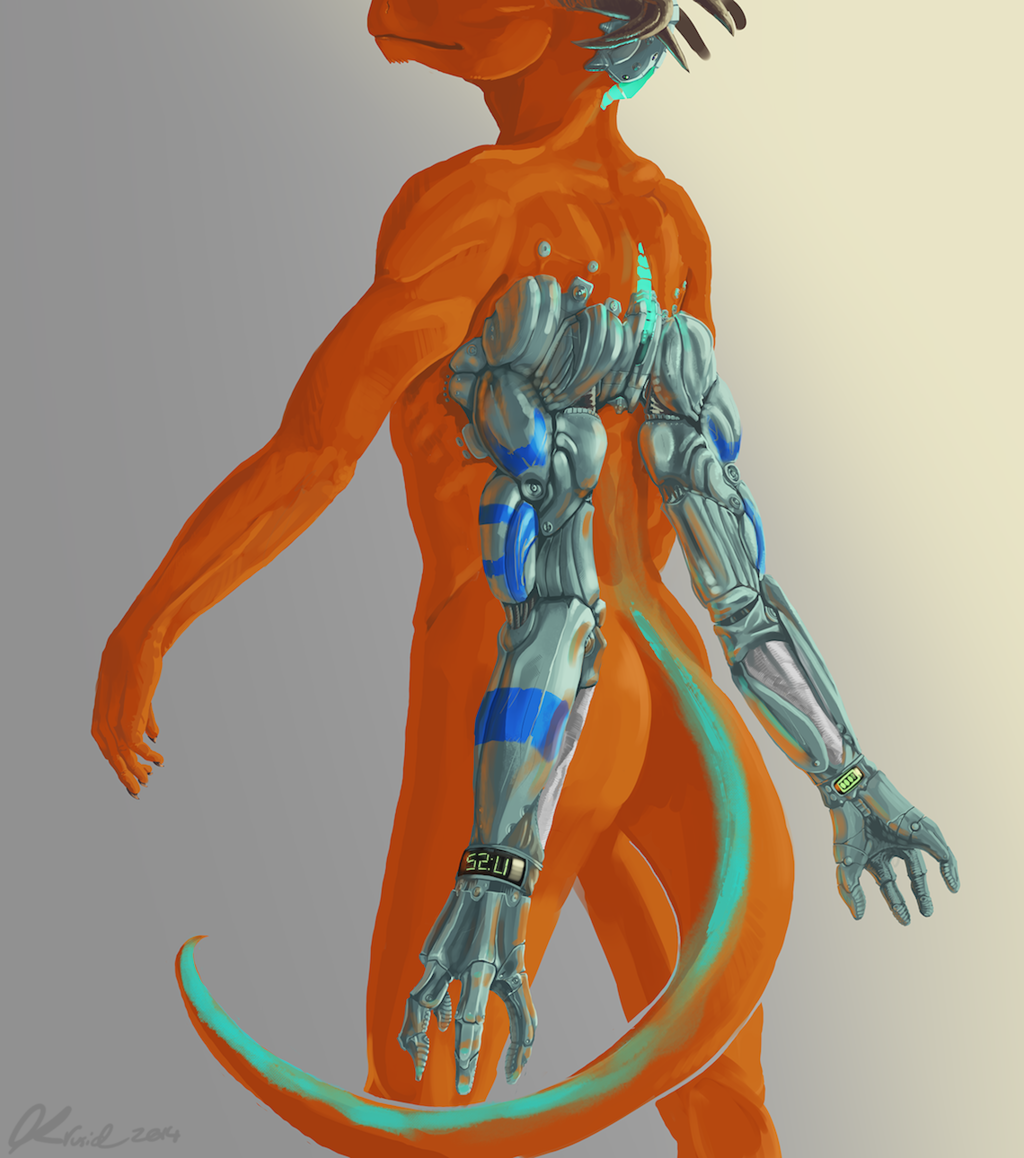 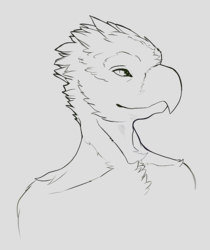 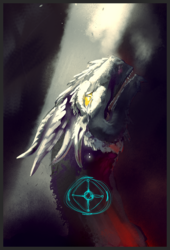 Painting the third. I thought it a bit odd to have a character with four biological arms, and had a go imagining them as mechanical ones. The end result is something that looks like automail, DE:HR augmentations and the R.I.G. I expect I'll draw those arms diferently every time, but lets say they're detachable... so I don't have to draw them all the time - finding something for four arms to do within a given scene is hard!

Photoshop from the start, took forever.

PS: This actually took so long you can see my painting style change and evolve, I worked from the top down, and did the left arm before the right c: