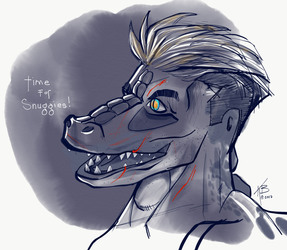 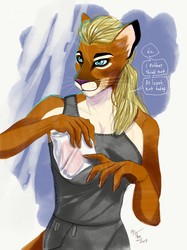 Kierlyn's daughter, Jenn, gets ahead and runs off into the ruins of the Golden Basket bakery and out of her mother's view. She should be helping to find food now that the riots of the Commons have quelled, but has instead found a new little friend. She is found playing with a small desert beetle as it bobs for its life on the flood waters. But who can get mad at a face like that?

This is a early scene from Axis of Conflict, Chapter 5: She Who Dares.

In this chapter we also learn the origin of Kierlyn's unfortunate moniker, "CrossBreeder".