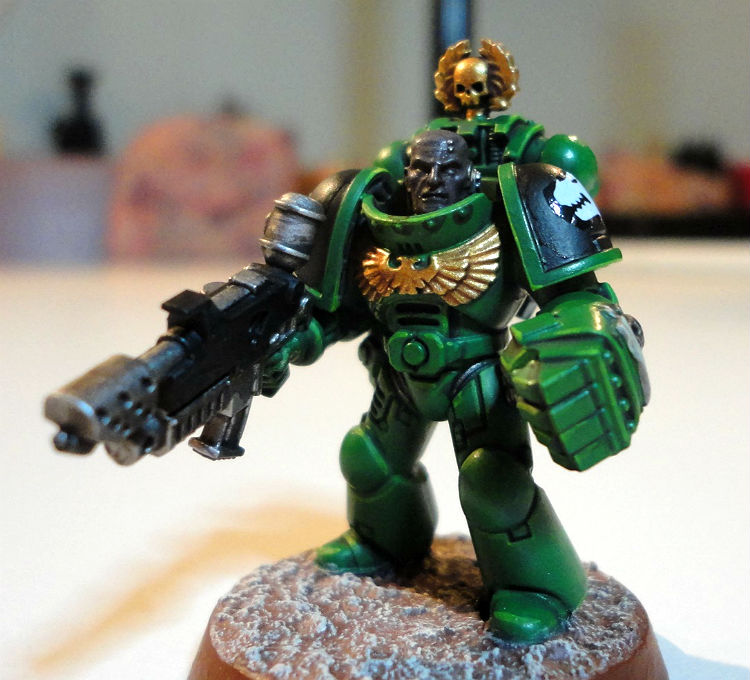 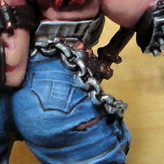 Wouldn't you know it, but there's been a bunch of Marines on my painting table of late... I promise I'll put up something that isn't 'Veteran Sergeant with power fist' at some point, but not right now!

This dude was an experiment on a few things, mostly relating to A.) the face and B.) the transfers... neither of which came out quiiite as intended, but I'm still happy enough with the results, anyway. The grey-ish tint to the skin is meant to be an attempt to carve out a little lore-friendly answer to the coal-black skin that was retconned into the Salamanders, versus the old 'they're black guys' that used to be how they were painted. GW gave a nod to this in the most recent Codex with a glimpse of dark-skinned Salamanders scouts, so I'm happy to consider that it's canon they're not yet another pack of big, fighty white guys.

At any rate, as far as experiments go I learned plenty from this, so maybe someone else will get a kick out of him.