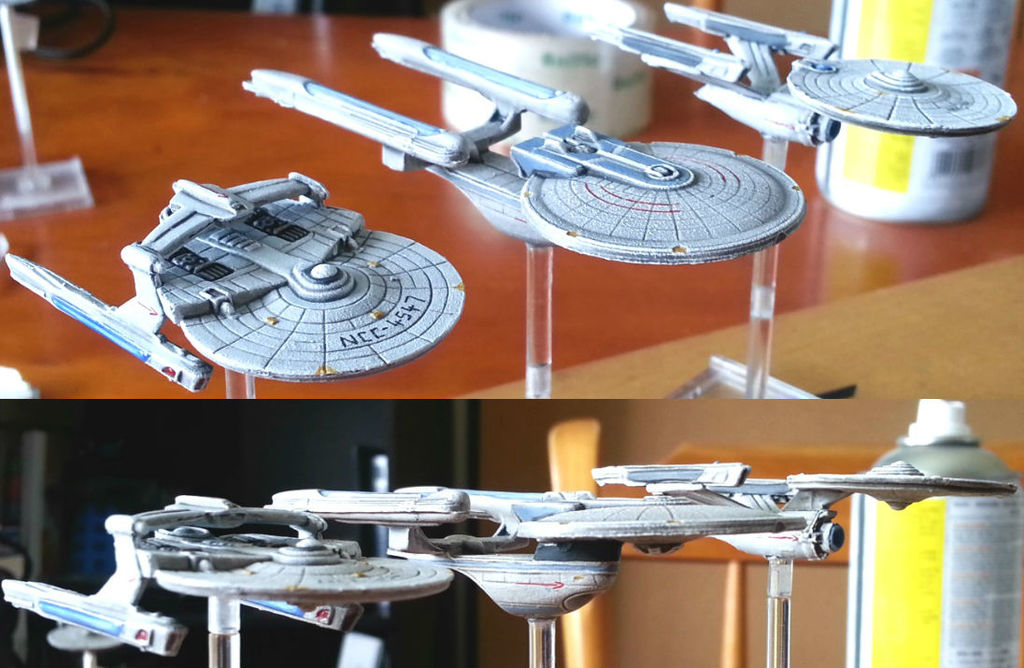 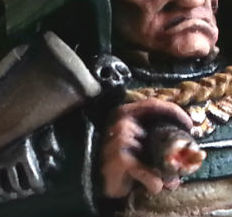 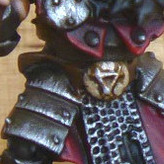 It doesn't take some kind of wiz kid to tell you that WizKids' Attack Wing miniatures are kind of terrible. The scale's all over the place, the sculpts are often bordering on the unusable and when you get a ship that doesn't snap tiny struts when you're trying to pull it out of the packaging it's often marred with bubbles from casting or ugly flashing that they simply didn't bother to get rid of during quality control. This is to say nothing of the paint jobs that they ship with. Federation ships are universally a pale blue colour for the sake of colour-coding them, which is hideously inaccurate to say the least!

Star Trek: Attack Wing is still the game I wanted since I was a kid. So I suck it up and I get to work, paintbrushes in hand.

The way that the ships are sculpted means that they're very rarely accurate to what we see on screen, which is a conceit to scale I'm prepared to accept. It does mean that the majority of the detail you see painted on them is freehanded, as there's little I can use as a guide other than a variety of reference photos and a little creative interpretation.

From left to right we have a Miranda-class, an Excelsior-class and the Constitution-class. The Miranda's been given the registry of the USS Sapphire, namesake of an RPG group I get to run occasionally. It's probably the standard I'd like to touch up the other two to match as well - once the basic 'white' was done, I went back and painted the panels individually with a light splash of Games Workshop's Ulthuan Grey which, by coincidence, is a perfect Starfleet hull grey. It takes a while, but I think the results are worth it. The Excelsior is actually an old Micro Machines toy from Galoob! It fit the scale much better and has far superior detail to the WizKids sculpt, so it was repurposed to match with the rest of my movie-era fleet.