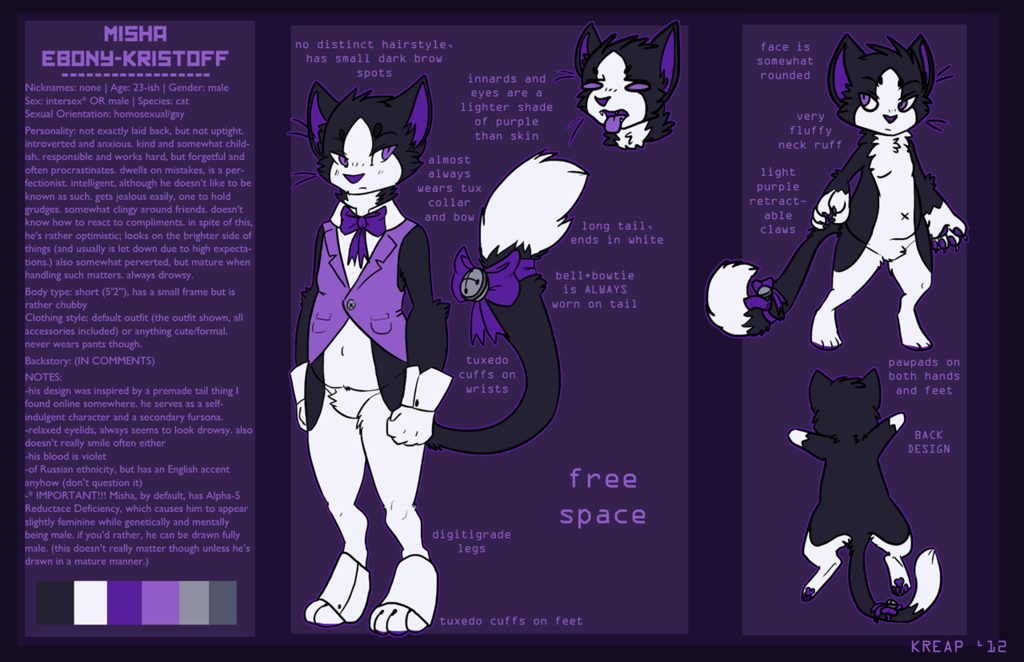 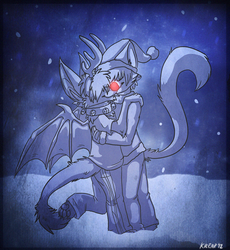 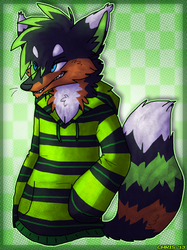 aaand my new secondary sona Misha’s ref!! wow I love how this guy’s design came out and he’s so much fun to draw I love him so much ;-;

-grew up with strict parents in Ruun city, a made up city where I place most of my characters in. his parents made him clean and work this way and that, so eventually he began to get accustomed to doing housework all the time.

-gained a taste for music, especially in jazz. started playing piano at age 8 and learned to play the saxophone during middle school

-later took a job at the local hotel/dine-in, Chateau Miau as the server/waitor. sometime after he started working there he learned about the old dusty piano that nobody used, and he started playing it for the guests in the lounge. he was extremely happy with this position, finally being able to show his talent to others without feeling judged.

-over time, a jazz band formed at the Chateau Miau and it began to attract attention from all over

-met Vex (one of my secret characters that used to be my self-indulgent character, he’s a really gay Renamon dude) at the Chateau Miau, at age 22. Vex needed a butler/maid/whathaveyou because he’s actually quite rich from the “shows” he does at the local strip club, so he managed to get a mansion. he can’t take care of it all by himself so he asked if this guy could work for him for a good pay. this guy agreed, so long as Vex bought him a piano too.

-gave up his job at the Chateau Miau (it really pained him to have to leave), starts working at Vex’s mansion full-time.

-that’s it that’s the story

also I won't even bother uploading character references unless its an updated one of this guy or Chrisbat (or commissioned refs) because I have too many characters and I don't wanna clog up the system ;w;