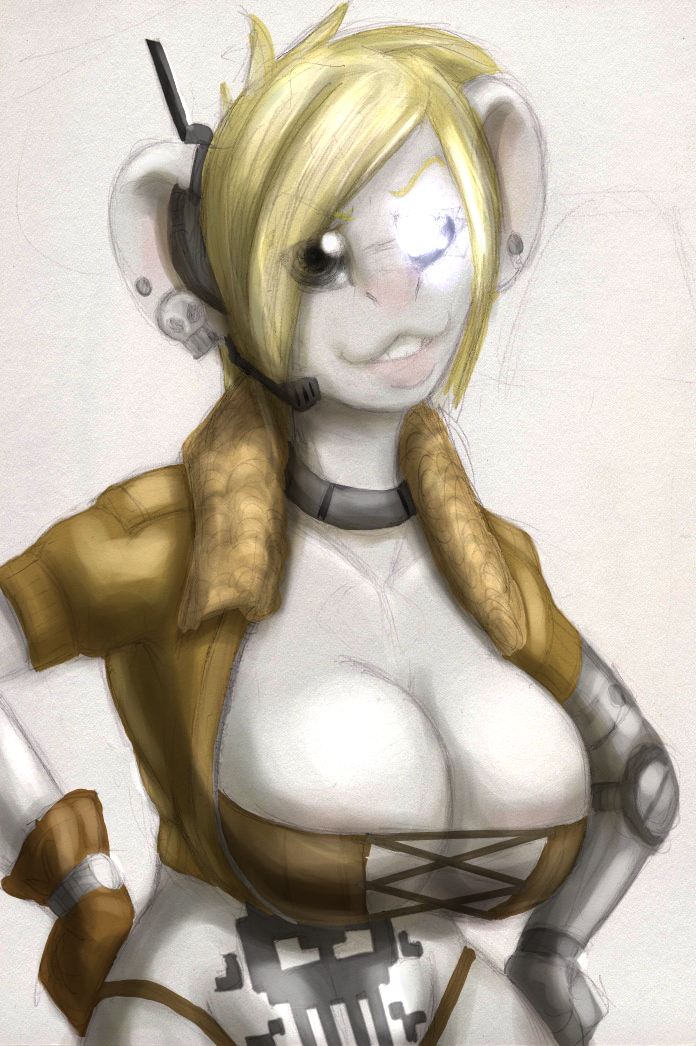 Doris-263, formerly one of the countless thousands of mouseclones working at a remote research station, is now the leader of a pirate gang of mice on a socipathic bent to continue testing at all costs. A former worker in the cybernetics research wing, Doris-263 was never properly deprogrammed by the facility's host AI before it was destroyed in an attack by [EXTERNAL FORCES / DETAILS REDACTED], and, sometime in the aftermath, removed her biological eyes and replaced them with a high-definition camera lens and a compact version of the PL-10 'plate lamp' mind control device, which are linked to her existing implants and help her keep her clone-sisters in line.

Her gang's keystone weapon is a very, very heavily-customized version of the Agro Leicester heavy bomber that functions as a heavily-armed ground support/attack vehicle and functions as a VTOL craft with the ad-hoc addition of stolen medium antigravity drives.