A... Less than desireable predicament by Korban 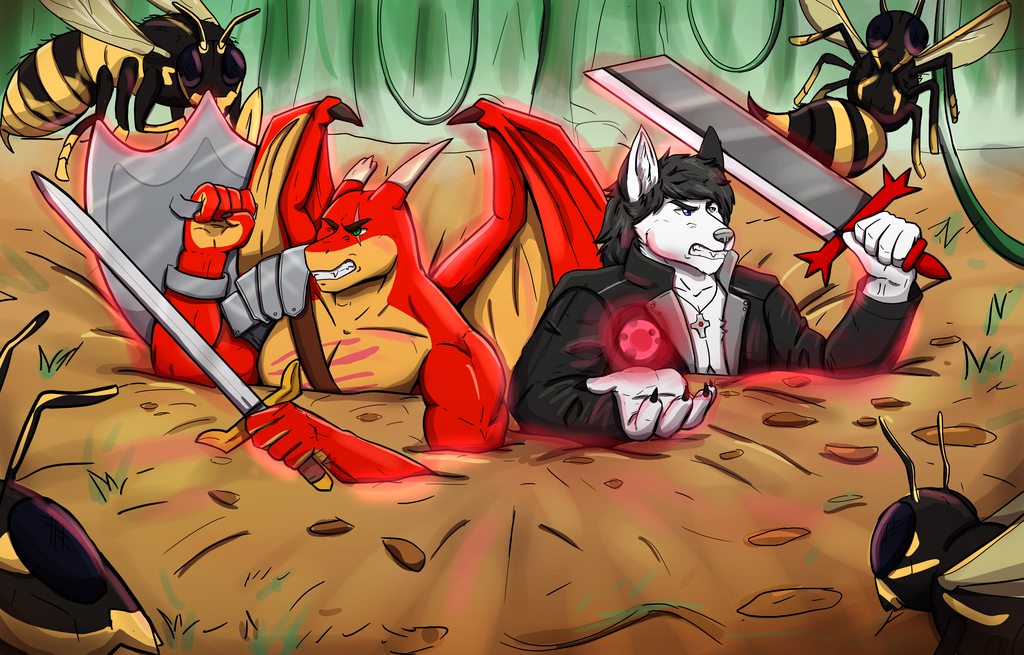 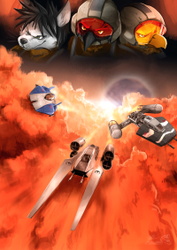 A... Less than desireable predicament

The two travellers have an argument among themselves as they traverse the dense jungle. Korban finally loses his temper on Arix in regards to the bounty he has chosen to hunt, trying to dissuade him from pursuing this venture, but being the stubborn hero he is, the Western Dragon Warrior is insistent on bringing their quarry to justice for all the crimes they have committed. They end up in a tussle, which results in them tumbling over a hidden ledge and falling into a pit of quicksand down below. After they right themselves, they try to figure out a way to escape their predicament, but are quickly swarmed by a hoard of giant Wasps from every angle, apparently having disturbed their hive during their scuffle, and now the Wasps want their revenge.

They fend off the Wasps as best they can, but their efforts cause them to sink deeper into the quicksand. Korban proposes preparing some magic in the form of his Cryomancy powers to create a way to escape, but with all of the insects swarming them, he has a hard time concentrating on conjuring his spell... and with the Western Dragon Warrior only having his sword, shield and his fire breath on hand to fend off the wasps, their time is running out rather quickly...

Korban belongs to me.

Art is by the amazing https://www.furaffinity.net/user/keewata