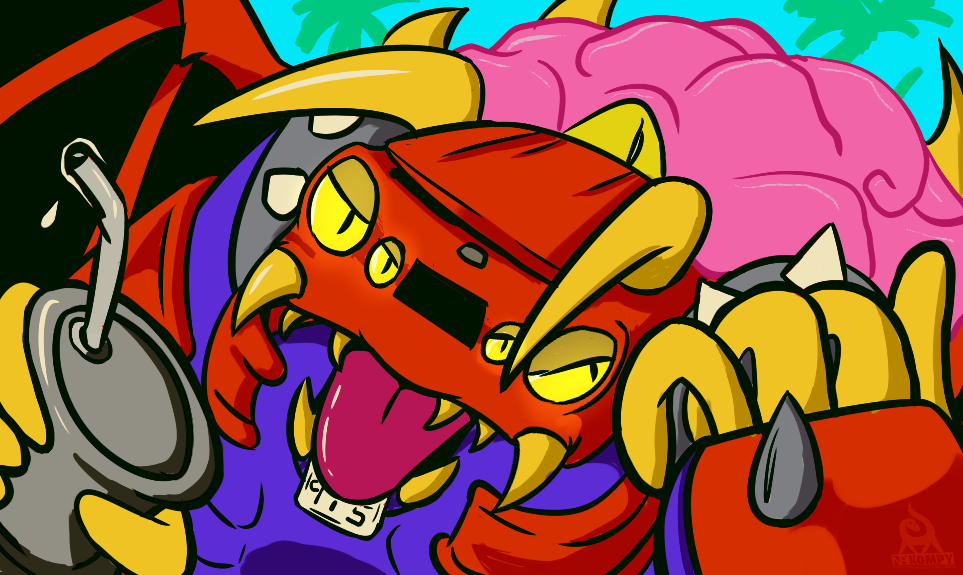 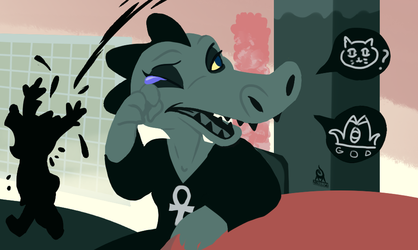 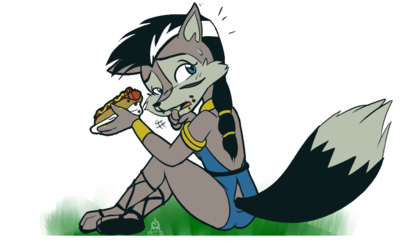 Remember my 1-hour doodles? They're back and better than ever with a brand new look: Two Words, One Hour (2WOH for short). 2-word prompt, $15 each, one hour to do with them whatever comes to mind. Have an example.

...ahem So I was asked to draw, in one hour, my take on a vacationing super-obscure boss character from the NEC PC-FX game called "Kishin Douji Zenki FX - Vajura Fight", which in itself was adapted from the Kishin Douji Zenki anime (though this boss was never in the anime).

And I effing did it, SO GIMME LOVE

(why did I accept this challenge to begin with? One, because I'm insane and two, because the Zenki anime was a show I watched and adored on local PR TV before class, so of course I wanna throw some love that way)