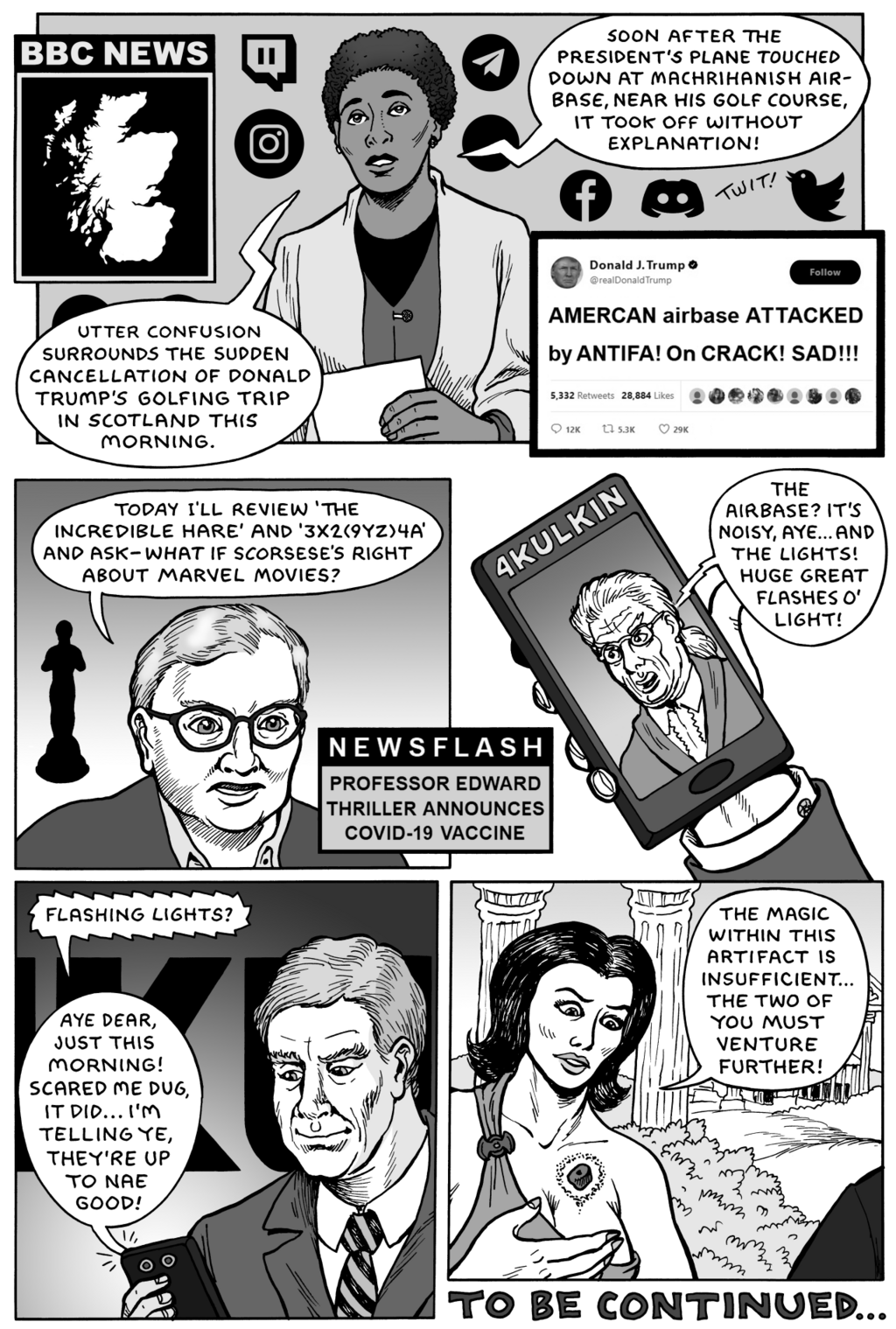 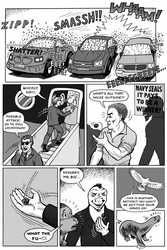 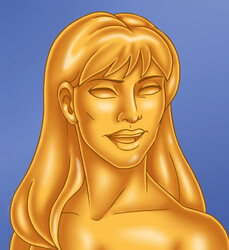 Finally, the conclusion of Komos & Goldie’s mission in Machrihanish, Scotland.

Our strange super-duo have succeeded and escaped, and nobody is any the wiser – save perhaps for one mysterious man!

Guest appearances by newsreader Moira Stuart, Donald Trump (via tweet), and the late great film critic Roger Ebert. (If Quentin Tarantino can bring Sharon Tate back to life for Once Upon a Time in Hollywood, I can resurrect Roger in my comic!)

As always: plot, script and rough layout by myself and Comus; pencils, inks and lettering by Karno; digital touch-ups by myself.