Saryn, Enigma God of the Wilds by kokoroDOLL 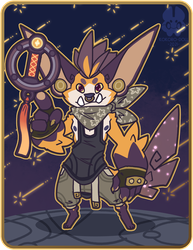 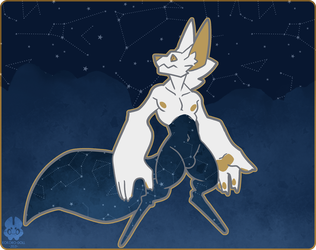 Saryn, Enigma God of the Wilds

Would've thunk since Saryn's creation, that he'd wind up becoming an Enigma deity like Anser? The idea behind what kind of god Saryn is based on the coats he has, he's pretty much the God of Nature, Seasons, Earth, pretty much could be argued he's considered the God of the Enigma's homeworld. Considering he's a nature God, if someone wanders the Enigma's homeworlds dense forests, one might run into the God himself, be it the size of a normal Enigma, or towering over the trees as a giant.

And also, he's considered an Enigma variant that are more wolfish in looks, with a face mask and a visble muzzle. Mask horns, tail and ears of Enigmas are all the same for Saryn variant Enigmas, only difference is the shape of the mask on the face.