Pumpkins and mummies by KodamaCreative 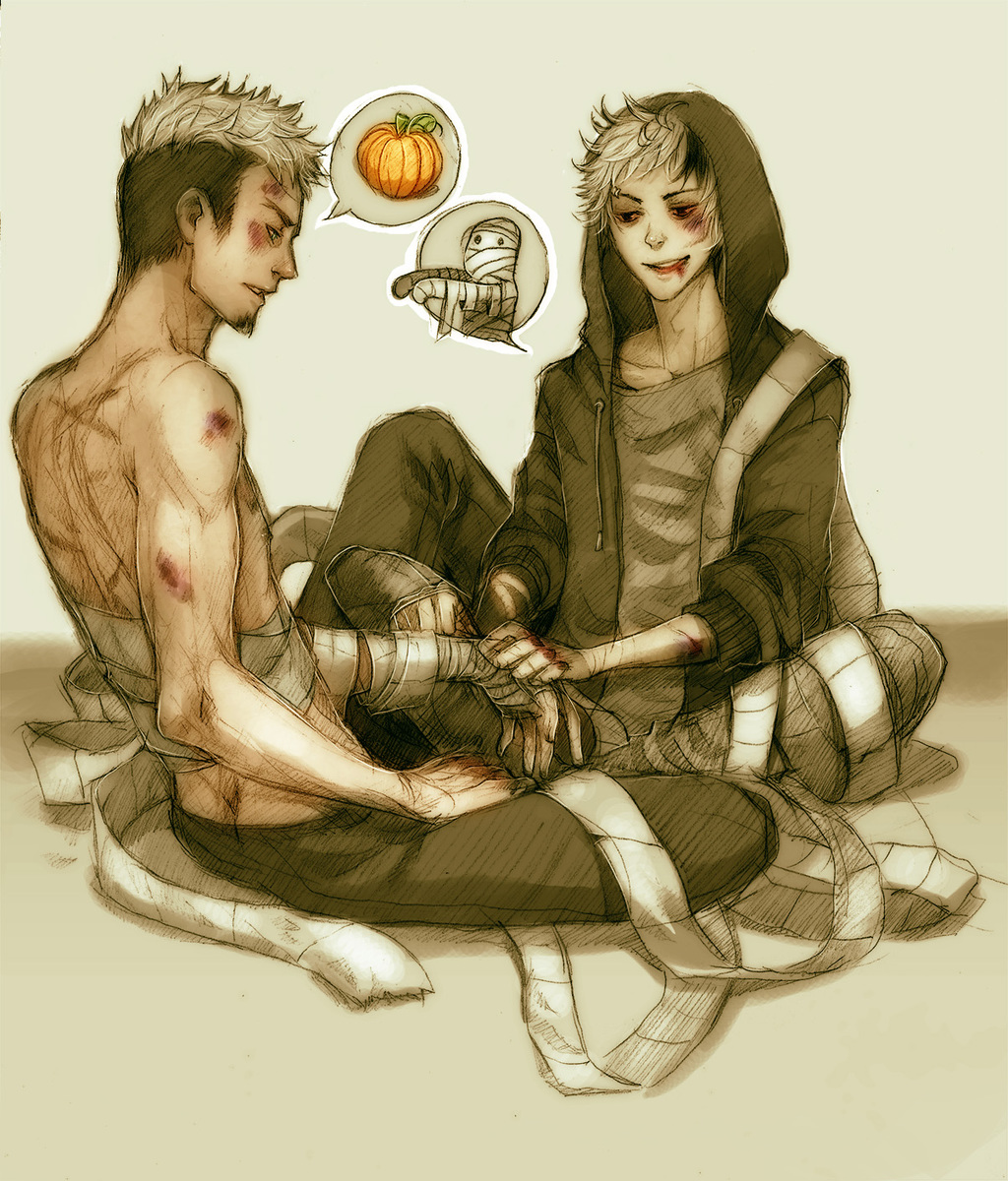 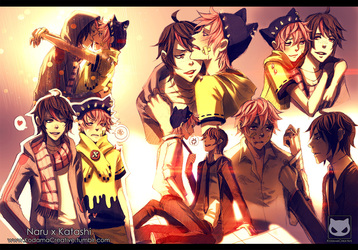 SO, ONE NIGHT Yaozu and Kazuma got high. And at some point they ended up in the bathroom where Yaozu was supposed to nurse Kazuma’s knuckles, because they had a fight earlier that night and when Kazuma started to have some fucking deep theories about dying and about getting wrinkly like a pumpkin, Yaozu decided to bring bandaging into some new level and mummify the man. But there was not enough of bandage, so Kazuma suggested to use toilet roll. But then the paper broke and Yaozu was sad that he failed, but quickly recalled the theory about people turning into pumpkins when dying and since the Chinese was hungry and liked pumpkin, it was very convenient. But Kazuma didn’t turn into a pumpkin, such a nasty liar he was. THE END

Yaozu is mine, Kazuma belongs to raevene @ dA