Kendra Hunting: The Advantage of Knowledge by Kodalynx 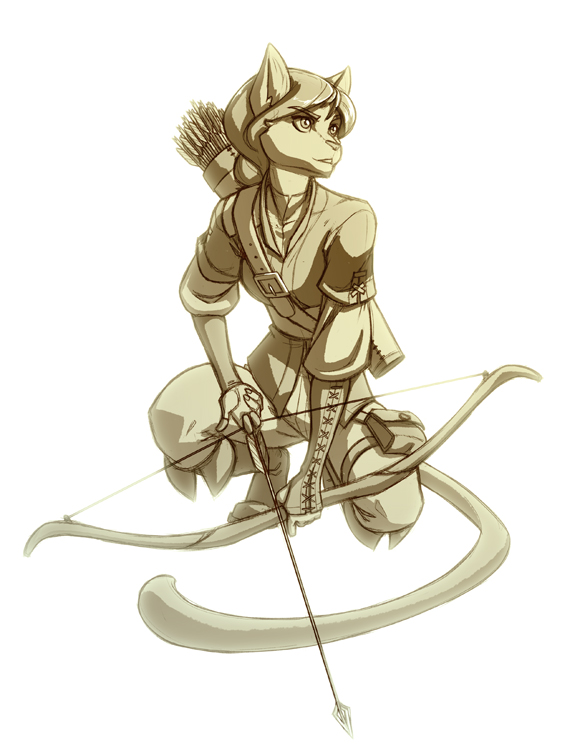 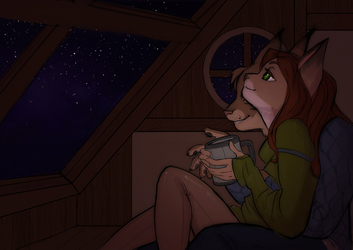 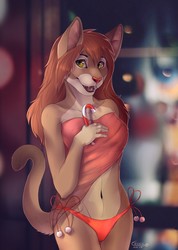 Kendra Hunting: The Advantage of Knowledge

While Koda has tried to convince Kendra of the slightly more feral satisfaction of hunting with one's claws once in a while, something taboo to the civilized culture of the domestic cats, he, too, will hunt with a bow when it's practical. He usually rides with a horsebow secured somewhere. The difference is that while he's a strong, skilled swords-cat in many styles and blades, Kendra is FAR better with a bow than he is.

Not only is she quite good at being silent and still, but she's been practicing since an early age, and books provide an added edge. She's read everything that exists on the development of archery, the works of the masters of the art and their techniques, the diagrams, the tricks many have forgotten...

Knowledge is power, and she has quite a bit of it behind her draw. She's quite safe venturing out into the woods on her own, something she's been doing more and more at Koda's encouragement. Getting away from the bustle and gossip of the courts and castles, enjoying nature, the silence...and the faint rustle of prey in the brush that perks one's ears.