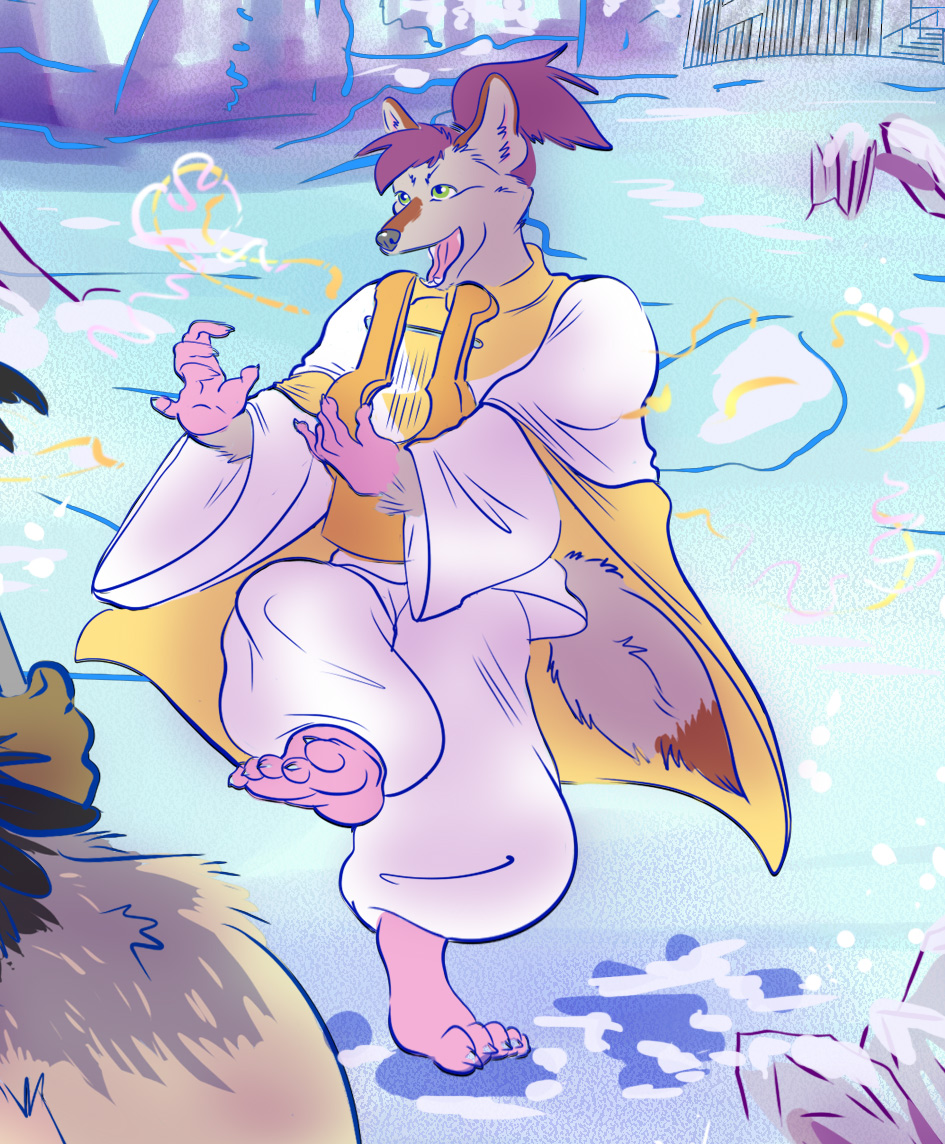 Folder:
[For Me] Drawings « Older 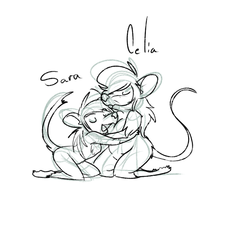 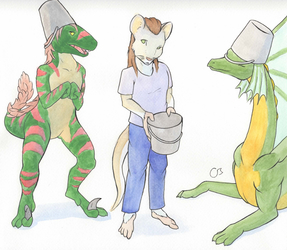 Sara the Songstress by KaputOtter

kaputotter likes to do these themed group pictures from time to time, and I decided to participate and enter Sara into "Boss Fight II", a piece where everyone gets to dress up like their favorite JRPG class and fight it out.

For those not familiar with the early early origins of Sara, I named her after Sara from Breath of Fire (this is why I am kind of particular that it's specifically spelled Sara, not Sarah.) BoF Sara is a great character from a great game, and totally worth honoring like that. Also, she happens to be the protagonist's sister, and my Sara is Teo's sister, so, well, you know.

So, since her namesake was an RPG character already, my Sara is totally Troubadour-ing it up for the rest of her party. Well, technically her official class title would be Songstress, after the official class of a different RPG character who happens to be known for being a main character's sister. Either way, she is not a Final Fantasy bard, which are crappy and useless. Her abilities are closer to that of an Etrian Odyssey 1 Troubadour, which are almost game-breakingly amazing. Would anyone else on the team like to do significantly raised damage? Maybe they'd like regenerating mana so they don't run out of their abilities? Or regenerating health, for that matter? Did anyone else on the team think to bring a healer? You're welcome.

I won't get into too many details why because it pertains to a project that won't happen until the very, very distant future, if it even happens at all, so the last thing I want to do is get everyone excited about anything that turns out to be my personal Duke Nukem Forever, but ... I have certain reasons for wanting to design an RPG-esque class and outfit for Sara. However, I was completely stuck, aside from knowing I wanted something sort of like BoF Sara's outfit, with some modifiations such as more action-friendly loose Shantae pants instead of the full dress. (I do love the cape/mantle thing, though.) I saw this group commission as an excellent opportunity to test some ideas. Now, not only do I have a really cute picture, I can also look at this as a prototype and have something to look at and think about if I want to make further costume alterations. Hooray!