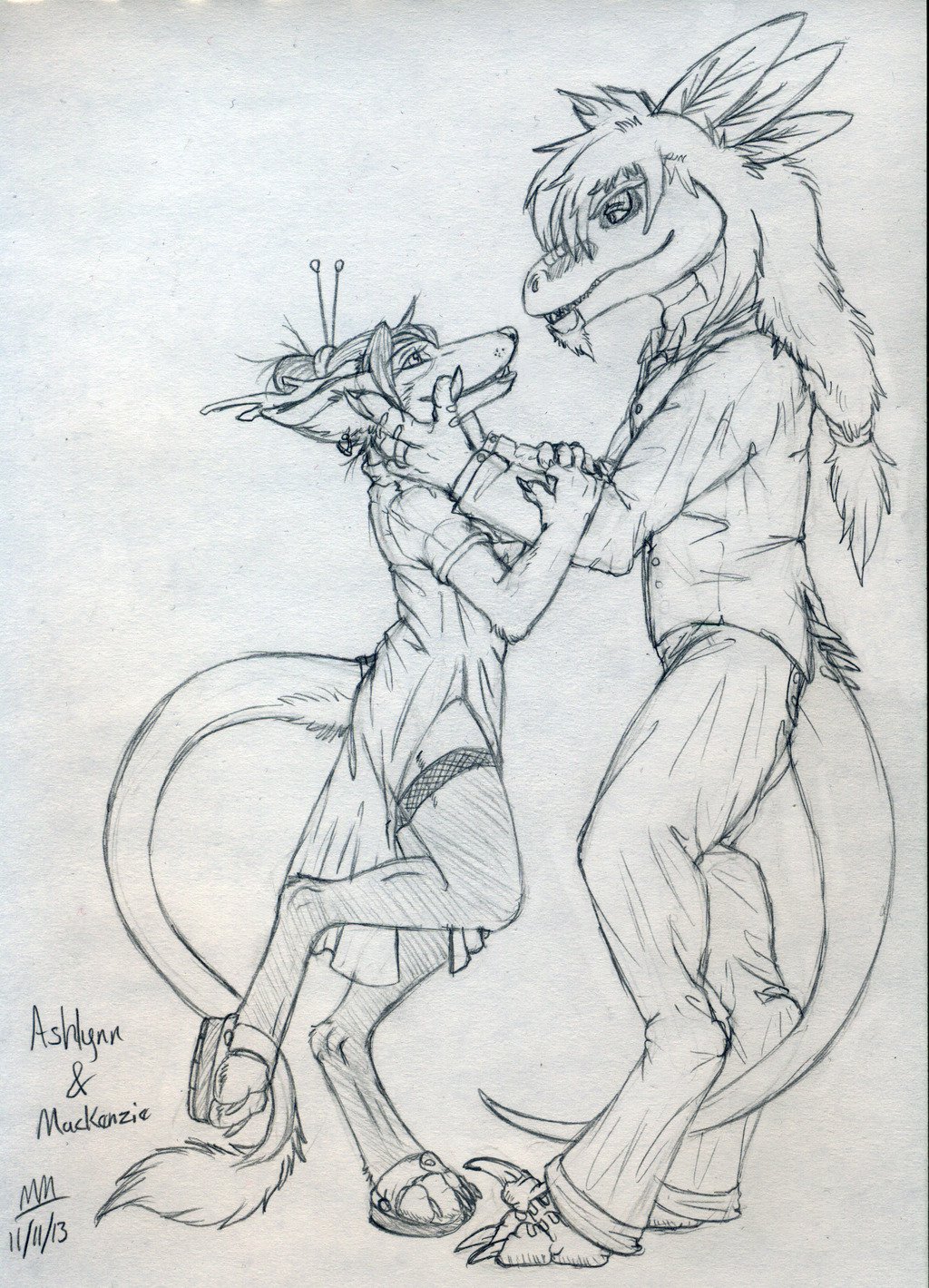 A bit of gift art for a favorite artist of mine: Kayla-na. (https://www.weasyl.com/profile/kayla)

It's her two characters who were originally Pokemon, Ashlynn and Mackenzie. Ashlynn was a Charizard/Houndoom mix, while Mackenzie was a Scrafty. The only Scrafty I'll ever like cause he isn't draw with the bulbous head anymore >_>;

I wanted to draw them in a more... romantic type drawing, as she doesn't seem to get a lot of that as gift art and the clothing items were chosen by her. Ash has a Chinese themed dress on with sandals that would be sort of like the Asian style ones. Just more.. anthro-ized. Mackenzie is wearing his suits, much to my dismay, as it was so hard for me to draw with his digitrade form that my style typically is drawn in XD;; I still really like the piece though. Ashlynn is my favorite of the two. She turned out so pretty <3

Ash is a Chinese Dragon/Hound of some sort mix, while Mackenzie is a Raptor. I like their non-Pokemon forms. They're cool :D

Ashlynn and Mackenzie © to Kayla-na