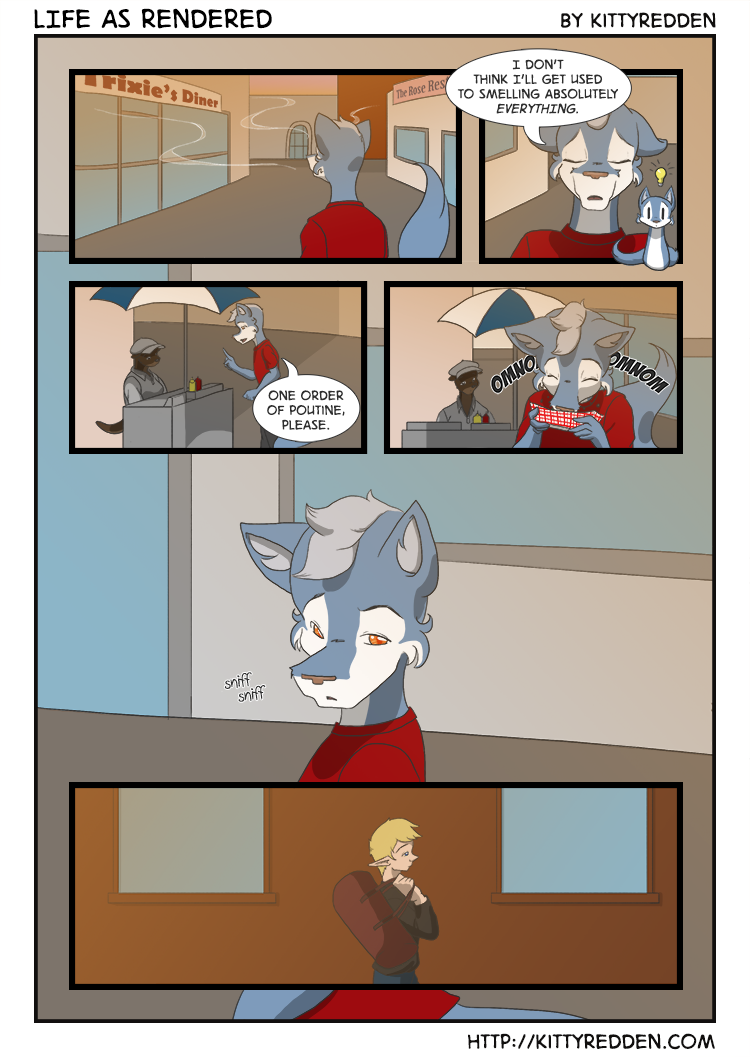 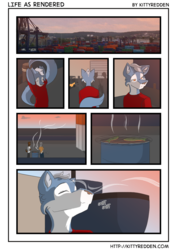 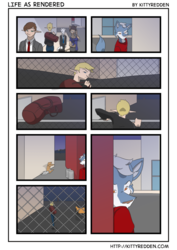 Poutine (/puːˈtiːn/; Quebec French: *[put͡sɪn]) is a Canadian dish, originating in the province of Quebec, made with French fries and cheese curds topped with a light brown gravy. This fast-food dish is typically found across Canada and in some places in the northern United States, less often elsewhere and is still considered ‘exotic’ in such places. - Wikipedia *

Act 4 of Life as Rendered, a furry webcomic.

Thank you, Teresa Rivera, Serban, Michael Barløse Hansen and Eric Wesley Pugh, for being a patron and supporting Life as Rendered.

If you like my work and would like access to exclusive content and spoilers, please consider supporting me on Patreon. If you want to support me in other ways, you can give a one-time tip on PayPal, or commission me for art!