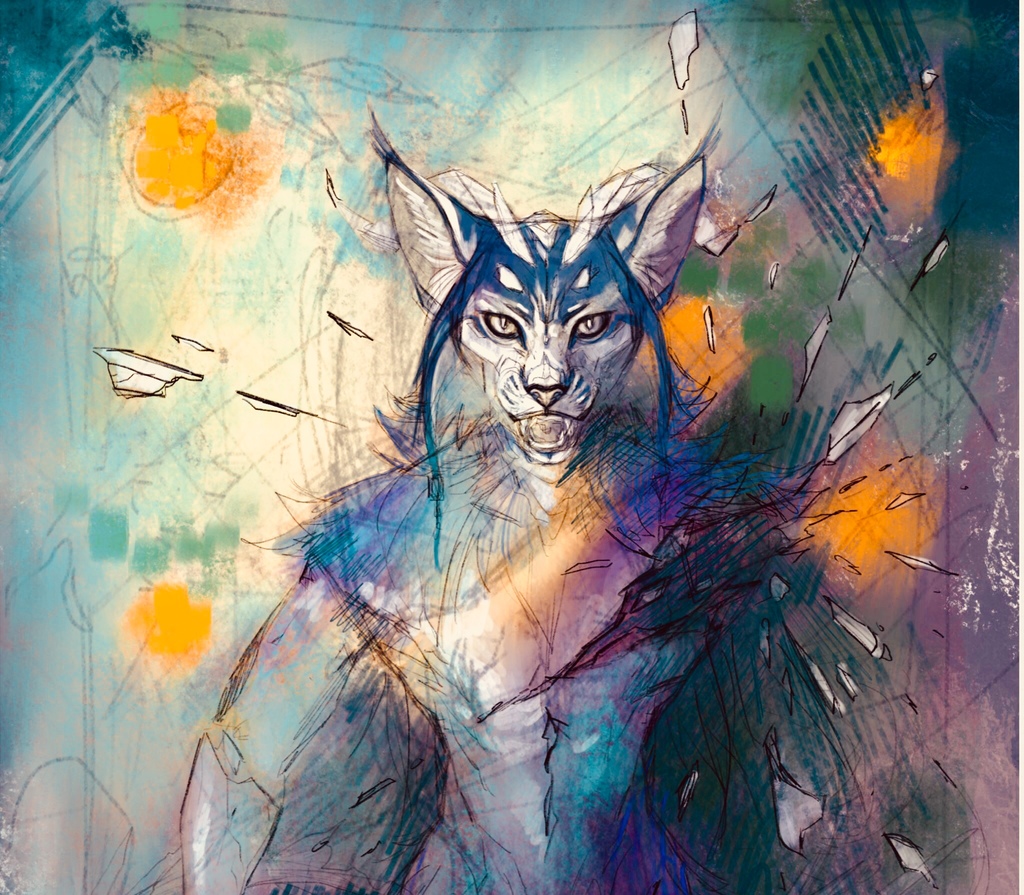 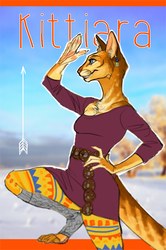 My character, the chinacat, porcelain beast, etcetc... cropped in on this unfinished piece in a Twitter rambling session about the bio-magical beings that are ‘Constructs’... of which she is one. A decorative relic once meant only as accessory like a marble statue, run amok during the slow decline and deterioration of the former luxury palace she resided in.

She has...uh, devoured, other defunct relics and constructs, lending her both an unstable and changeable form and some nasty abilities!