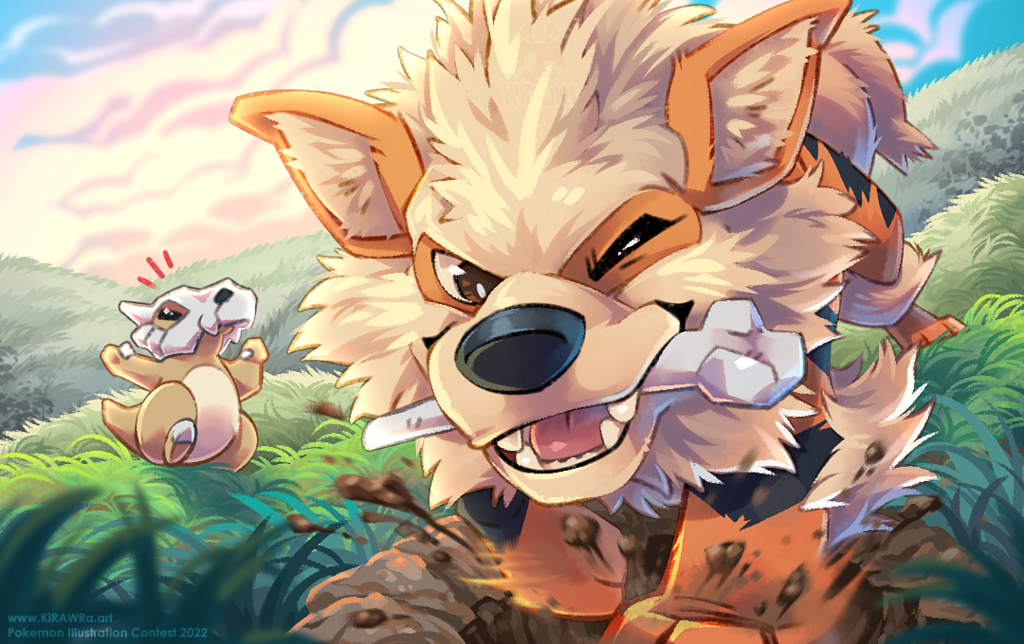 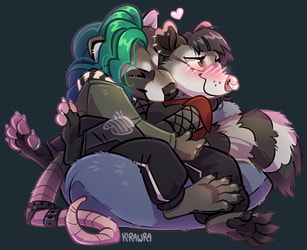 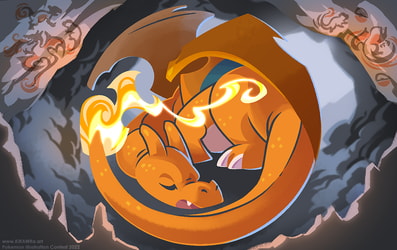 I'm so excited to finally be able to show this off!
This illustration was completed back in January, for the [Pokemon 2022 Illustration Contest]. Due to the contest rules, entries couldn't be shown publicly until the winners were announced.

For the contest, entrants were required to choose from a pre-selected list of Pokemon, and I was jazzed that Arcanine was one of them. Growlithe is actually my favorite Pokemon, but eh I'll take what I can get.
My vision for this illustration changed many times while working on it. Originally I wanted to go for a detailed look, but ended up doing thick, cartoony lineart. I then proceeded to over-render the background and ended up with a result somewhere between toony and detailed.
Despite my uncertain direction I think this ended up as a pretty strong entry, especially in terms of emotion and narrative, and I'm thankful for the chance to enter this contest!