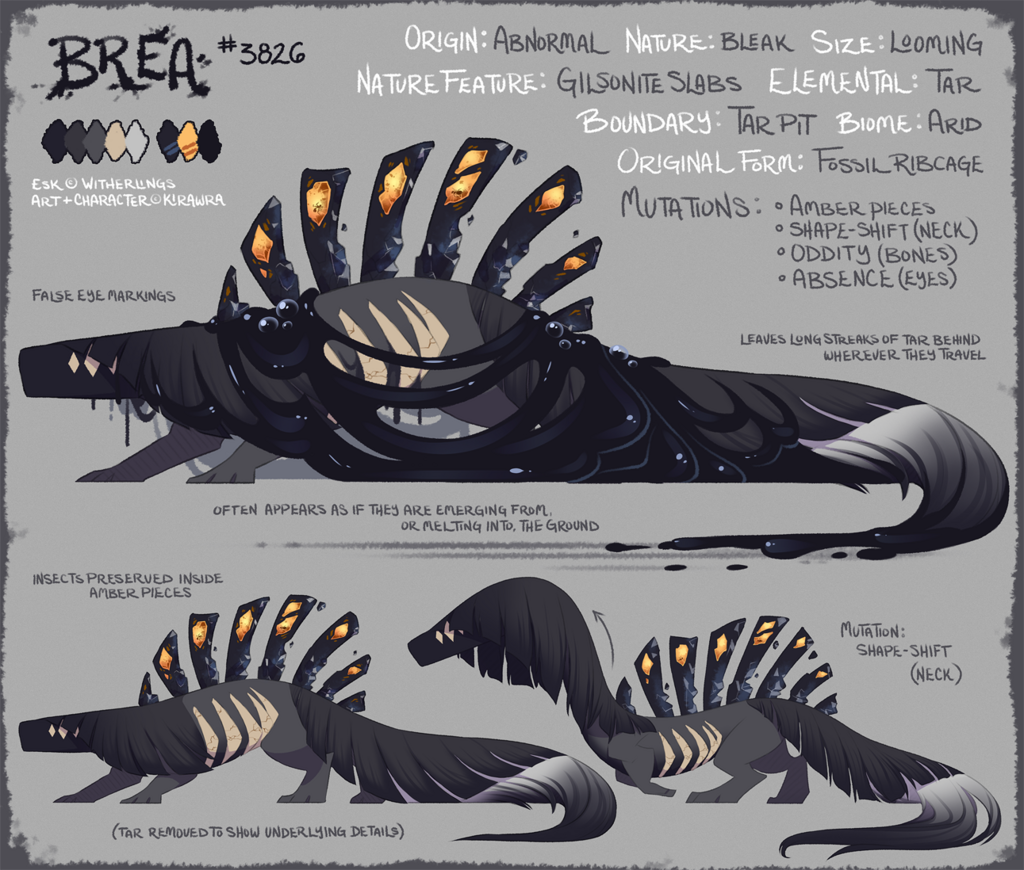 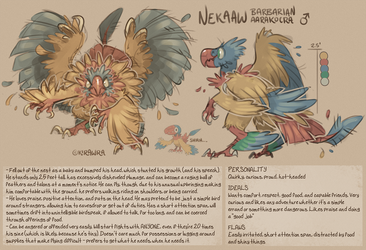 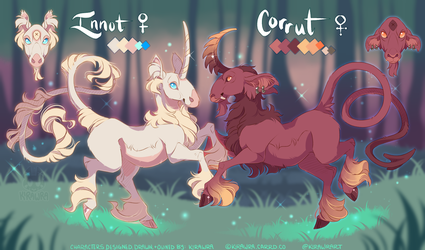 Introducing Brea, my ✨ DREAM ESK ✨
I've wanted to make a tar pit/fossil-based esk design since I first joined TWWM two years ago, but it was a very specific concept that, by normal means, would be very difficult and time-consuming to acquire. I pretty much gave up on this esk ever becoming a reality, but never expected I'd be lucky enough to be granted a MYO abnormal from the Wellsprings!

Brea is an abnormal esk - originally a fossilized ribcage of unknown identity that was transformed under mysterious circumstances. Though she was formed from an inanimate object and never technically alive, she seems to have taken into her form many aspects of the creatures that fell prey to the tar pit she is bound to. She has an air of lament, foreboding, helplessness, and confusion that puts creatures on edge, including other esk. Most of her body is obscured by thick, oozing blankets of tar, with her gilsonite "spines" sometimes being the only thing that can be seen rising above the mess. She may appear to "swim" through it, giving the illusion that she has melted into the very ground.
Brea's motives and driving force are unknown - she mostly lumbers along aimlessly, wandering without purpose. If anyone speaks to her, they will only hear muffled questions, gurgles, and threats of darkness and suffocation in response.