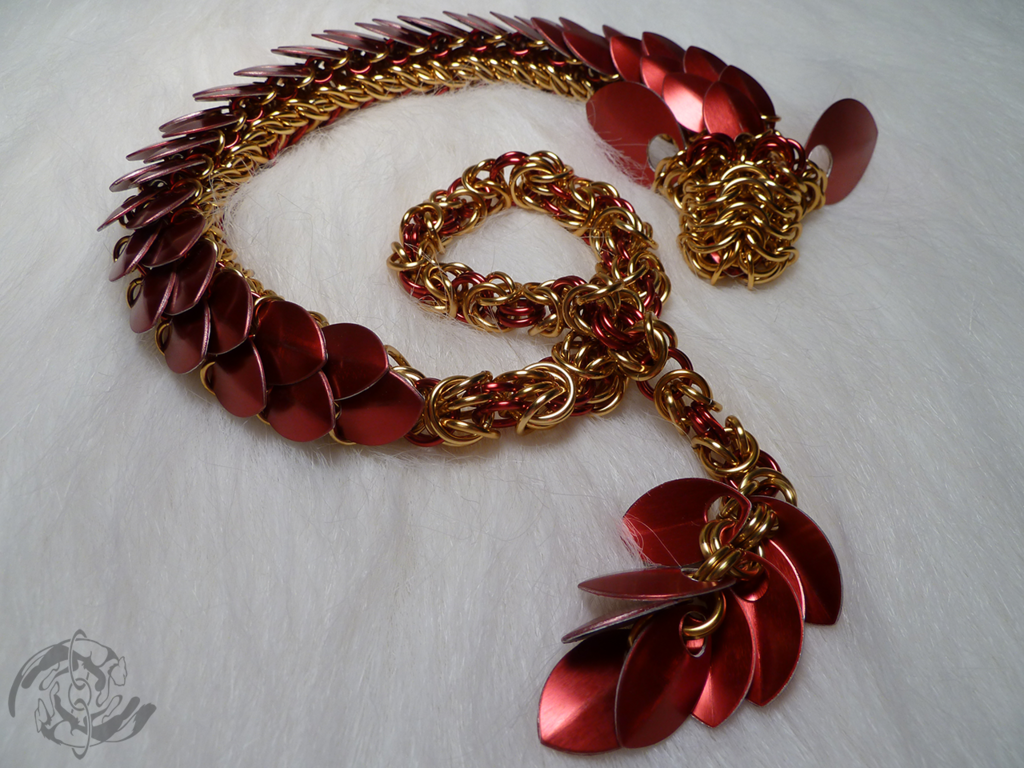 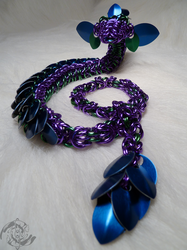 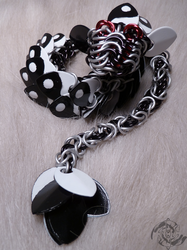 So yeah.. yet another 24" dragon has been hatched at Swiftpaw Studios! Like yay 'n stuff! =D

This lil beauty is for a friend of a friend. That friend being none other than my awesome-sauce friend Layla. As I understand it, this not-so-lil-one is to be a Christmas gift for a special someone Shin knows, but I'm not saying who, but was told to make it red 'n gold~ (and yes it is a necklace~)

I know, I know.. Christmas already?! Hey.. he wanted to order it early. I was told there was no rush but I had nothing else to do so.. yeah. XD

This is actually part 1 of his order. Part 2 is to be a 13" dragon as well, but I'm still experimenting with that one so not quite sure when it'll be done. Damn me and my wild ideas.. =>_>=

Another piece done during one of my streams.. along with watching The Emperor's New Groove~ ... NOOO TOUCHY!