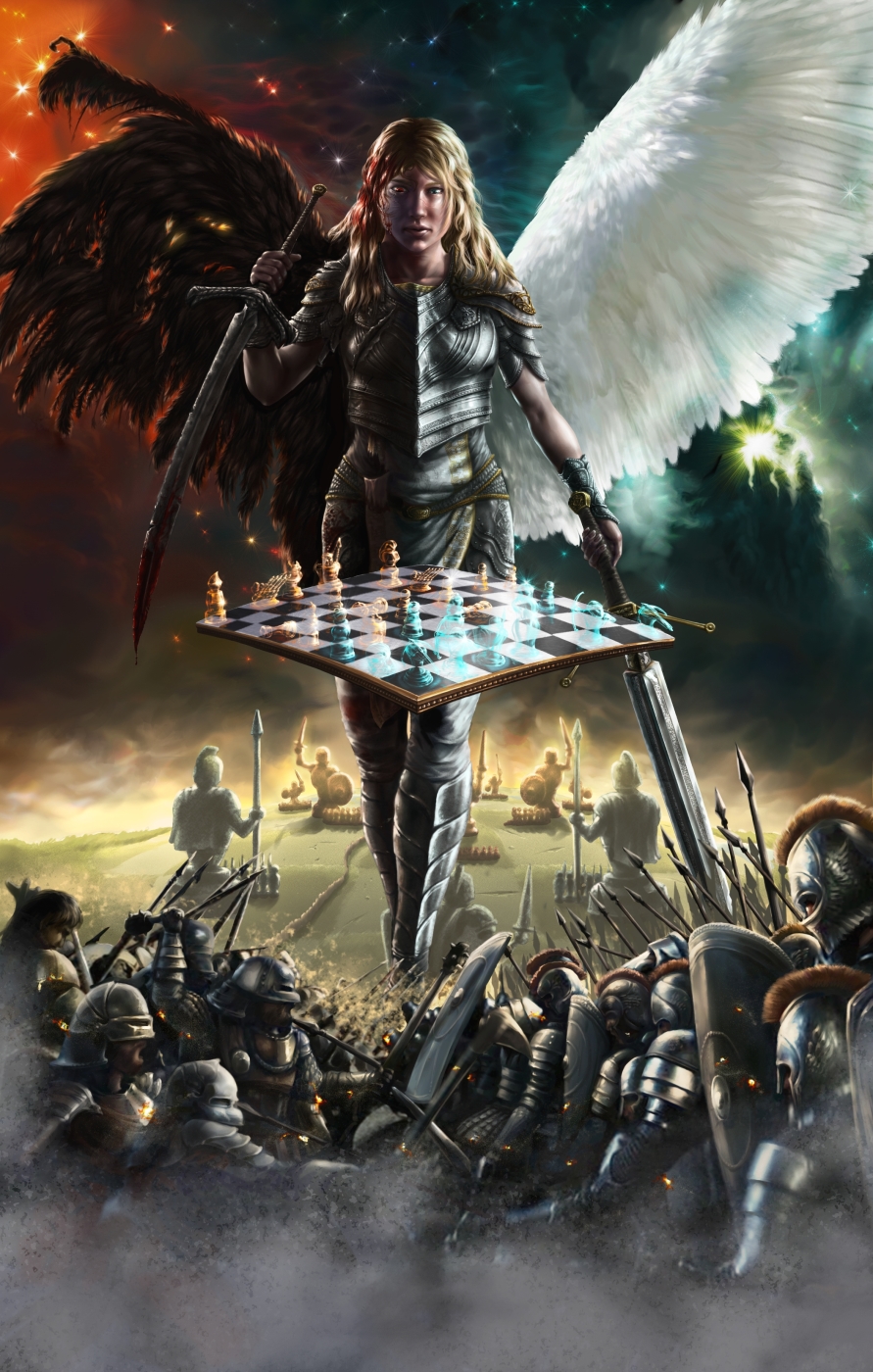 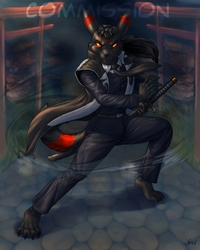 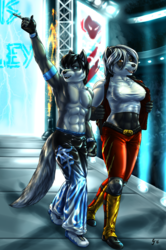 This is the final version of the book cover I finished. I'm almost done with the internal illustrations, so I can VERY soon get back to doing furry stuff again. There's no better Christmas present I can recieve ;3 During the time inbetween then and the Artist's Last Stand 2 event, I'll likely just work on some stuff I've been wanting to work on for freakin' ever.

The purpose of this event is to pump out a ton of pictures, put simply. This year has seen my gallery updated far too seldomly due to the stress of dealing with Rocky and Brim's health... and coming to terms with the idea that I might be depressed, myself. I've been too busy really to think of my own feelings, but the more I look at myself, I realize that I probably am suffering from a mild depression. I have no idea if it's situational or chemical, but Brim has been pushing for me to seek a diagnosis... which I am resisting only because I'm not ready to face the possibility yet.

This also may very well be my last stand. I'm going to pump out as many pictures as I possibly can in a month in the hopes that those who participate and those who see the pictures will tell others about it and about my work, but for reasons other than you might think. I need as much publicity as I can and the best way to do that is to prove my speed and quality by throwing myself ass-first into another month of frantic art-making insanity.

Because I'm not going back to commission work.
I'll do requests and trades, but commissions will from here on out are done. No more. They just don't pay well enough and my heart just isn't in them. More on that later.

Before this post turns into a freakin' essay, here's the skinny on the Artist's Last Stand 2 event:

Here's what will happen: My goal is to get as many pictures done as I can in a month from when the event starts. Now, I'll have to juggle the time I devote to Last Stand pictures alongside Pet Project pages, but I figure 4 hours a day should suffice. I figure that I should be able to produce 3-4 Last Stand pictures a week, and I'll work on them in the mornings from 9-11 AM and again in the evening from 9-11 PM Easter Standard Time (USA and Canada) where they'll be streamed on Tigerdile.

Why is this important?

Because as I finish Last Stand pictures, I'll be drawing the winner for the next picture that I'll be doing.
Yes, Last Stand 2 will kind of work like Sketch Club, only the pictures being worked on will be more detailed and more 'finished' looking, like what happened during the original Last Stand event back in 2013. You show up, you get a number, I use a random number generator that's displayed on the stream for all to see and that person gets their art drawn! So, if you want free art, you need to show up. I'll be getting an unlimited subscription from Tigerdile, so there's no worries about the room filling up.

To get an Artist's Last Stand picture, there's 3 things you'll need:
1) Existing reference pictures or descriptions of any characters shown.
2) A short description of the picture you want drawn READY to post. Write it up in a text file and then just copypasta.
3) Show up to the livestreams. If you don't show up at least for the draw, you won't get a chance for some free art!

Just like Sketch Club, however, your picture request MUST follow one of three themes, because I want to have fun doing these pictures too!

Theme 1: Magazine cover themed. The picture will be done in a magazine cover style, with text blurbs and other such things accompanying the image, as seen on my GBA promotional art. You can name the magazine and what sort of publication it is--pornographic, sports, gaming, whatever--or you can let me go nuts and make you look awesome. I've been wanting to get more of these done like you wouldn't believe.

Theme 3: Artist's Choice. Tell me the kind of things you like and let me make something for you. Simple as that!

The usual 'no' list still applies to my Last Stand pictures. If you don't know my NO list by now, it's the usual 'vanilla' selection of 'no animal dicks, no ferals, no poop, pee, excessive gore, rape, under-aged, diapers, inflation, hateful stuff, dudes cramming their dicks into holes that're clearly too small, hyper furs, macro, or vore. Also, try to keep your picture requests within something that can be done in about 8-10 hours worth of work, don't give me epic battle scenes to draw or harem sex or characters covered in complicated tattoos. I'm recovering my ability to be fast, here.

So, start getting your picture requests typed up. You never know when your number might come up! This event will be starting soon! Also, because some people were just excessively lucky during my Sketch Club run, this time around, you can win a maximum of 3 times. I want to give lots of people a chance to win.