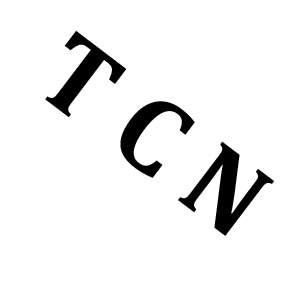 Welcome back to our ongoing Interviews with individual members of the Orr Family of Timeline HDK-154. Today we have Alexander Orr.

As with all Individual Interviews, this one follows a pre-established set of questions.

If you have questions That were not asked here, please feel free to leave them below and We will add them to the list of Viewer asked Questions.

What is your name:
Alexander Orr, Well, I can actually say this now. Detective Alexander Orr. I passed the exam last month and got my shield this morning. Is this what the interview is about? Ahh, okay, I hope the others were well behaved during theirs then.

Where were you born:
I was born in San Francisco, California. At the Coastal Woman's Hospital.

Do you have any family:
Of course I do. There's my dads, my seven brothers, three uncles and two great uncles. I see my immediate family regularly, except for Aaron, he hasn't been around as much as any of us would like since joining the army. Dominic and Dietrich come by when they can, I think Dietrich is going to be moving to the city, he talked about opening a gym last time he was here and if there's one place that can always use another gym it's this city.

Where do you see yourself in 10 years:
It'd be nice to be captain by then, although ten years might not be long enough to achieve that. But I'd be heading there.

What is your goal:
Ultimate goal? Police Commissioner. No, it wasn't always my plan. Before I joined the force I figured I'd be happy just being a detective, but with what I've seen since then, I'm thinking I could do some good in that position.

What obstacles have you had in your life:
I've had to deal with corruption within the department. That wasn't pretty.

How have you overcome them:
I'm sorry to say I had to turn to my family for help. I wasn't strong enough to resolve it on my own. My uncle helped me a lot through it. Damian, he's the one I went to for help.

What are you most passionate about:
I'm going to come across as a stereotype, I just know it. Justice is what I'm passionate about. That's why I became a police officer to start with, to be on the front line and make sure the bad guys were caught.

Do you have a pet peeve:
People who blast their radio in their cars. I have no issues with someone liking their music loud, but the rest of us shouldn't have to suffer through it. I'm not kidding, at one point I was carrying a decibel meter to see if I could catch one of them with their music above the city's noise ordinance. Unfortunately I didn't.

What relationship-romantic or otherwise-has been the most significant in your life:
It's a good thing you added the 'otherwise' in there. I'm not much for romantic relationships. I gave that a try a few years ago and it didn't end well. He'd agreed to an open relationship, and I came home to him every night, but after a while he got angry with me anytime I didn't come home immediately after work. I ended it, and haven't tried it again.
I guess I'll have to say my family. I'm pretty close to my dads and my brothers.

What has been your greatest accomplishment:
Getting my badge the hard way. It was offered to me in the aftermath of the corruption scandal, but I turned it down. It wasn't easy, but I knew what my uncle would have thought of me if I'd said yes, and as difficult as Damian can get some time, I value what he thinks of me.

Your greatest failure:
Not having the guts to say no when I was given that first payoff.

What do you consider your greatest strength:
Does anyone actually answer this question? I mean, who will answer this honestly? Really? They did? How do you know they were honest? Wait, you verified it? What, you had then followed? Did you put them to the test? Wait, do you work for uncle Damian? Is this something he-he didn't? okay.

I could say my lack of backbone, but I worked through that one, trust me. I might like my gun too much. I know, you're looking for a moral weakness, or something like that. Trust me, you can't buy me off, not anymore. Asses, I'm an ass guy.

How do you compensate for your weakness(es):

Are you well-liked? Why or why not? If not, would you want to change that? What changes would you be willing to make:
I'm a cop, I've made my share of enemies. Taking part in bringing down a corruption ring within the force didn't make me many friends either, so I guess I'm going to have to say that except for a handful of people, no, I'm not really liked within the force. Outside of it? It isn't easy to keep the two completely separated, but yeah, outside of work I'm well liked.

What one thing is essential to having a good day? Or Describe your hypothetical best day ever:
Easy reports to fill out. Those days when I can get out by dinner time are glorious.

What is your decision-making process:
Gather the evidence, analyze it, remove anything that might be tainted and judge the rest.

Who do you admire most:
When I was younger it was Commissioner Anita Hyacinthe, ever since I met her at one of the galas my dads took me to I thought she was an amazing woman to have managed to make her way there and hold on to the position for all these years. Now, I have to say it's my brother, Patrick. He works for Damian. I've known that years, but I didn't realize what that meant until recently, and his job isn't an easy one.

Which Deadly Sin would you be:
First off, I'm not religious, second, Lust. I'm willing to bet my entire family has answered that. He didn't? what did he say? Oh, yeah, okay, I can see that.

Who is your role model:
The commissioner.

What is your favorite book:
The life and times of Al Capone. No, it isn't that strange, it's a very solid look at how law enforcement worked back then.

What is your weapon of choice:
The Winchester Atlas handgun model 632. Possibly the greatest gun ever made. I wish. The department still uses Colts, although I've heard there's talk that they're testing the Smith and Wesson cartridgeless model.

Do you have any spiritual belief/s:
No, I don't.

If you could be in a Disney movie, what would your role be:
I would be Chief Inspector Renard, in Robin of the Hood, who else would I be? You haven't seen it? Come on, it's a great movie, it's a modern retelling of Robin Hood, if you couldn't tell. It came out like four or five years ago. Robin is the chief's son, Marian the mayor's daughter. No it isn't silly at all, well, okay, the singing might have gone overboard, but the story is really good.

Which emoji describes you the best:
I have my very own emoji, here, let me show you. My dads made it for me, it's animated and everything. 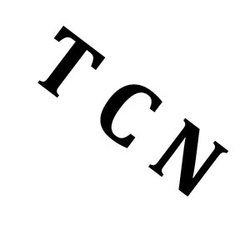 Welcome back to our ongoing Interviews with individual members of the Orr Family of Timeline HDK-154. Today we have Alexander Orr.

As with all Individual Interviews, this one follows a pre-established set of questions.

If you have questions That were not asked here, please feel free to leave them below and We will add them to the list of Viewer asked Questions.