The Founding of Tiranis, Part 1 (an Excerpt)

A story of the past

The all ran off, except for Hermine, who stood, looking at him, and began trembling.

He went to her, crouched and took her hand in his, squeezing them gently. "Remember when I said that everything on my land was mine?"

She sniffed and nodded.

"And that I keep what's mine safe?"

"If I'm going to keep you safe, I need you to go back to your-" he searched for a term he could use. "-village. You'll be able to come back, but for now, you need to be away."

She looked over her shoulder. The lynx couldn't tell if she made out the cloud, it was still far, but when she looked at him again, she hugged him.

"Thank you," she whispered, then ran off.

Ellarkay went inside his shack and armed himself. He crisscrossed two belts over his chest, their holsters under his arms and had reworked his belt, adding three holsters to it, just for this moment.

He'd known his refugees' previous owner wouldn't let the matter drop, not after one of the men had escaped, reporting what had happened. Slaves were just too valuable, even if none of them had abilities. And the message it sent to the other slaves if he couldn't retrieve these, would just cause more of them to try to escape.

He didn't bother taking extra bullets, he didn't want this take so long he'd have to reload. He stepped outside, and his nearby friends whispered to him they would help.

It took them longer than he expected to become visible. When they finally did, he understood why. He counted twenty horses, much more than he'd expected. He looked up to the clouds and asked the lightning for help.

He stepped away from his hut, and he had to hold back his fire. It worried. He told it to remain in the hearth for now.

He planted his feet on the ground. His hands were at his side. He was calm and relaxed, but ready to act the moment he had to.

The lead human was human, as were most of the people with him. He was tall and muscular. Calculating eyes looked at the lynx from under the brim of his hat. The saddle had two rifles attached to it.

Ellarkay inclined his head in greeting as the man stopped his horse before him. "Good day to you," he said. "You're trespassing on my land. I'm gonna have to ask you to be on your way."

The man looked around. "Where's everyone?" He looked down at the lynx. "I was told you had a dozen armed men keeping watch over the slaves."

The man narrowed his eyes. "And who are you?"

One of the horsemen drew his gun, and a strong gust of wind threw him off his horse.

"What do you think you're doing woman?" he asked.

She was standing in the doorway, pointing his old rifle at the horseman. "Hermine told us someone was coming. I'm not going to let you handle them alone."

The horseman laughed. "You're letting a woman fight? A slave woman at that?"

Ellarkay made fists. He hated the concept of slavery. The idea that someone could claim to own someone else repulsed him to his core. "Leave here, woman. This doesn't concern you."

"Like hell, it doesn't! They're coming for us. I'm not going to cower in fear anymore."

With a curse, the lynx stormed to her, thunder echoing his mode. He queried it, but no, Lightning still wasn't interested in taking part. When he stood before her, he placed a hand on the muzzle of the rifle and pushed it down.

"You can't force me to stay out of this," she hissed.

She startled at his use of her name. He'd learned of it within days of their arrival, but had refused to us it, to use any of their names. He hadn't wanted them to be people, just the refugees that had forced themselves in his life. But now she was here, putting her life in danger for her people. He had to give her the respect that act required.

"If you die here, who will look after your people? You led them out of slavery, to me. You begged me for protection. Now let me protect you, and them."

"But there's so many of them," she insisted.

"You'll remember that I'm not without my own friends. I can handle them." He looked at the rifle. "And this thing hasn't been able to fire in years."

"But what if you die? What will happen to us?"

"They won't get to you or your people. I promise. Even if I die, I will keep them from you.

She frowned. "How can you be certain of that?"

He grinned and puffed out his chest. "I am Ellarkay Etsevn. I have faced down armies, taken down kingdoms. Twenty men don't worry me."

Her eyes went wide, then narrowed in disbelief. "You're not some story hero."

He shrugged, but his smile remained. "Never the less. I'm not worried. Go back to your people. Have them extinguish the fires."

"Because if I do die here, the one thing I will no longer be able to do, is keep them from consuming your homes."

"Then I'll do my best not to die." He escorted her to the side of his shack, then waited until it would hide her from the men. He strode back to deal with this problem, kicking some of the pieces of wood the children had left lying about out of his way.

He set himself before the human. "Now, I asked you to move along. I don't want trouble, but I'm not going to tolerate trespassers." 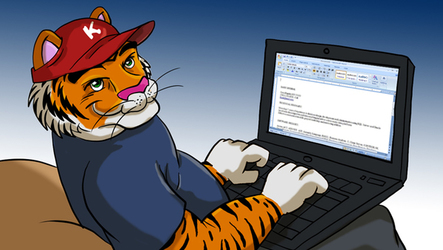 The Founding of Tiranis, Part 2 (an Excerpt)

Stories of the Past is a series of stories exploring the history of the city of Tiranis, as well as the world it exist in or something people of importance in it.

You can read the full story, as well as other stories set in the world of Tiranis by joining my Patreon at the 1$ level at https://www.patreon.com/kindar