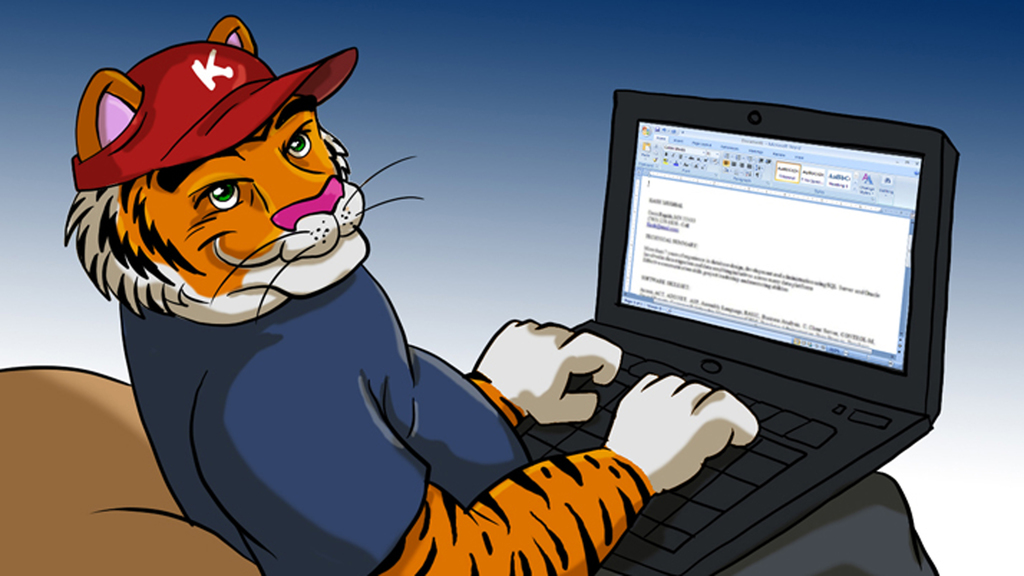 Samuel lifted the young iguana and gently sat him on the examination bed. The file said his name was Allan Yuri, and that he was twelve years old. His parents had brought him to the emergency room because of persistent stomach aches. They were seated by the door, looking worried.

"How long has it hurt?" the lion asked the young man as he did a visual check of his patient's eyes and ears.

Allan shrugged. "For a while." He had his arms over his stomach, and his face was pained.

"He began complaining about his stomach just before lunch," his father said. He gripped his wife's hand tightly.

Samuel glanced at the clock, it was four thirty-five. They'd come in just before his shift was about to end. He hadn't minded. Not only didn't he have any kind of seniority, being in his first year of residency, but he didn't want to be one of those doctors who cared more about the use of his time than the care of the patients.

"So Allan has been in pain for close to five hours?"

Allan's father nodded, and his mother opened her mouth to add something, but a loud gurgle came from their son.

Years of experiences dealing with surprise attacks allowed Samuel to jump out of the way of the fiery vomit Allan expelled. It spread on the floor into a puddle of dancing flames.

He did a quick check of his smock, to make sure none of the splatters had landed on it. He grabbed the fire extinguisher off the side of the cabinet and doused the flames.

Once the flames died away, he looked at Allan, who was looking back at him, horrified. "How do you feel now?" Samuel asked.

Surprise lit his face, and he carefully pressed on his stomach. "Better." His green skin was still a little pale, but the color was returning.

Samuel went down to one knee and looked at eh clear puddle. He looked up at his patient and smiled. "Well, now we know what's been upsetting your stomach."

"Hey, it's okay. This isn't something to cry about. There isn't anything wrong with you, you're just coming into your power." He pulled the stool closer and sat on it. The bottom of the legs had been blackened by the flames. "Looks like you get the breath fire. That's pretty cool."

"It is?" Allan asked, not sounding sure.

"Yes. You know about the Blue Dragon, right?"

The iguana nodded. Every kid knew about him, even if he predated even Samuel. He had been a komodo dragon who'd lived and protected Tiranis back in the early six hundreds. He'd died a few years before Samuel was born.

His estate had sold the rights to his name and image to an animation company, and the show they'd made had become quite popular among kids Allan's age. They'd set the Dragon's adventures in the fictional city of New Angeles, where he fought monsters, aliens, sorcerers and others powered people. He fought mainly using martial arts, but he could also breathe fire.

Allan nodded and tried to stop a sniffle. Samuel grabbed a few tissue from the box on the shelf and handed them to the young iguana. While he blew his nose, Samuel looked to his parents.

"Is there a history of powers in your family?"

"Not that I know of," Allan's father said.

His mother looked uncertain. "My great aunt claimed she could see the future, but no one ever took her seriously."

Samuel nodded, and some of his mane fell in his eyes. He brushed it aside. It was getting long enough to bother him, but it was still too short for it to stay tied back. He took the elastic off the short tail he'd made of his mane and redid it.

Samuel took a candle and lit it. He held it between the two of them. "I want you to move your hand close and stop when you start feeling the heat."

Allan nodded again and moved his hand. He stopped it when it was about a foot away."

"Now, keep going until it's too hot, and pull it away."

Allan made it to three inches from the flame before moving his hand away.

Allan's eyes lit up, and he stared at his hand.

"Are you sure?" his mother asked.

"Pretty much. Every fire based power I know of is also resistant to fire." Samuel had Allan pull his tongue out, and he studied the inside of his mouth. "Mister Yuri, can you turn off the light?" The examination room became completely dark, which let the lion see the faint red glow at the back of the iguana's throat. The origin was a little further down his throat. "You can switch them back on."

"Is Allan going to be okay?" His father asked.

"Yeah, he'll be okay. If you want, I can schedule a few more tests, as well as a few scans, but I can tell you what they're going to reveal. Allan is developing a new gland in his throat, probably close to the sphincter between the esophagus and the stomach." Allan snickered at the word 'sphincter.' "It secretes the flammable stuff he threw up. He already had a heat spot, which is why it ignited. That's a little uncommon. Usually, it forms after the fire breather can control the expulsion of the liquid. It does confirm he's going to be fire proof, his throat and mouth already are."

He grabbed the tablet off the desk and typed on it. "The problem right now is that the-" Samuel paused, trying to find another word to use, but couldn't. "-the sphincter-" Allan snickered again. "-doesn't fully close right now, and the liquid drips in his stomach."

"There's nothing that can be done to speed up who it will firm up, and Allan will gain control over it. Until that happens, I'd recommend you buy an aluminum bucket, one with a triple thickness, and keep it handy. Until he does gain control, there will be accidental fire breathing. As he gains control, the stomach issue will go away. Based on what I know, I'd say that within three months everything should be settled, so if he still has an upset stomach problem, come back, and we'll run a few extra tests."

Samuel reached back and grabbed the paper the printer spit out and handed it to Allan's mother. "This is for Allan's principal. Go with him tomorrow to make sure there isn't any miscommunication. It basically explains what's happening to Allan, and that because of it, he will have to leave the classroom at a moment's notice. He can't afford to wait for a teacher's permission. His teachers need to warned. If they hold him up, there could be a repeat of what just happened. I don't think a classroom full of children will react to it as calmly as we did."

He turned to Allan and clasped him on the shoulders. "Now, young man, I need you to remember that his power has to be handled responsibly. I know you're going to be tempted to leave class anytime you want, but if you do, your teachers are going to stop respecting the danger holding you up can cause. It's your power, so you need to handle it with care. Do you understand?"

"Good. Anytime you feel your stomach starting to get upset I want you to go to the bathroom, half fill a sink with water and make yourself throw up in it."

Allan made a face.

"I know, it isn't pleasant, but if you do that, you won't accidentally throw up when there are people around."

"Doesn't he risk setting something in the bathroom on fire?"

"That's why the sink needs to have water in it. The liquid he secretes is heavier, so it's going to sink, extinguishing the fire. Like I said, it will go away on its own. Then it'll just be a question of Allan learning how to expel it when he wants." Samuel stopped, then thought of something. "You'll want him to practice that outside, and away from anything flammable."

The lion stood and picked Allan up, depositing him before his parents. He opened the door and held it for them. "Just go to the service desk, they'll have the insurance papers ready for you to sign."

As they headed for the counter, a call sounded over the loudspeaker about a heart attack in 209. Samuel ignored it and turned back inside the examination room. One of the on duty trauma teams would answer it. Now that he was off duty, he wasn't required to respond to general calls, only when he was requested directly.

He grabbed a cotton swab from the dispenser and ran one end in the liquid, then brought it to his nose. The only smells were those of stomach content. No alcohol or benzine type smells. He wondered what the accelerant was.

He placed it in a plastic bag and pocketed it. Next time he was off he'd drop by Rondo's place, and she could work out the chemical composition, and she could add that to her Powered accelerant collection.

He left the room, and locked it, adding the code to take it out of the rotation. He looked around at the large waiting room. It was half full of people, Furred and human alike, waiting for a doctor to become free. He felt a pang of regret at not staying to see another one, but he'd been warned against overreaching. Exhaustion had killed more than one patient and one doctor's career.

He went looking for Charlie, and found her next to the radioscopy rooms, scrubbing a strong smelling disinfectant on the hall wall. He waited until she turned and noticed him. Surprising her was not a good idea. She might be a petite human, but she could swing a mean mop, on, in this case, a bucket of detergent. She nodded to him.

"When you have the time, Charlie, there's a mess to clean up in examination room three. You'll want to be careful, it's combustible."

"No, I had a kid with emerging power?"

"Thanks." He left her and headed for the elevators.

"Doctor Reignheart," a nurse at the station called, just a group of orderlies and two doctors pulled a gurney toward him and the elevators. Samuel stepped out of their way, all he was of the patient as they entered the already opened doors, was a lot of blood.

"Yes Helen?" she asked when they'd gone by.

"Do you have the time to look at a patient's file?"

"Is it urgent?" Samuel pressed the call button, and a door opened. "Can it wait until after I've looked in on my patient in 308?"

She looked at it. "I suppose it can."

Samuel stepped into the elevator. "Good, I'll be back in a few then."

Samuel smiled to himself as the elevator moved up. 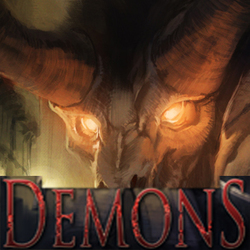 Tiranis is a world of humans and furries, of super science and superpowers, of ordinary people and extraordinary ones.

The Reignhearts are Walter, Richard, and Samuel, three generations of doctors dealing with issues in their social, professional and romantic lives.

This excerpt is about 2000 words of 8000 and introduces Samuel, the youngest of the three as he deals with a patient who has an unusual problem.

If you’re interested in resting the rest, and find out more about Samuel, as well as his father, Richard and Grandfather Walter, you can join my Patreon here : https://www.patreon.com/kindar and for only 1$ you’ll get to read the entirety of this story, as well as Connors story, which was posted over the previous three months.