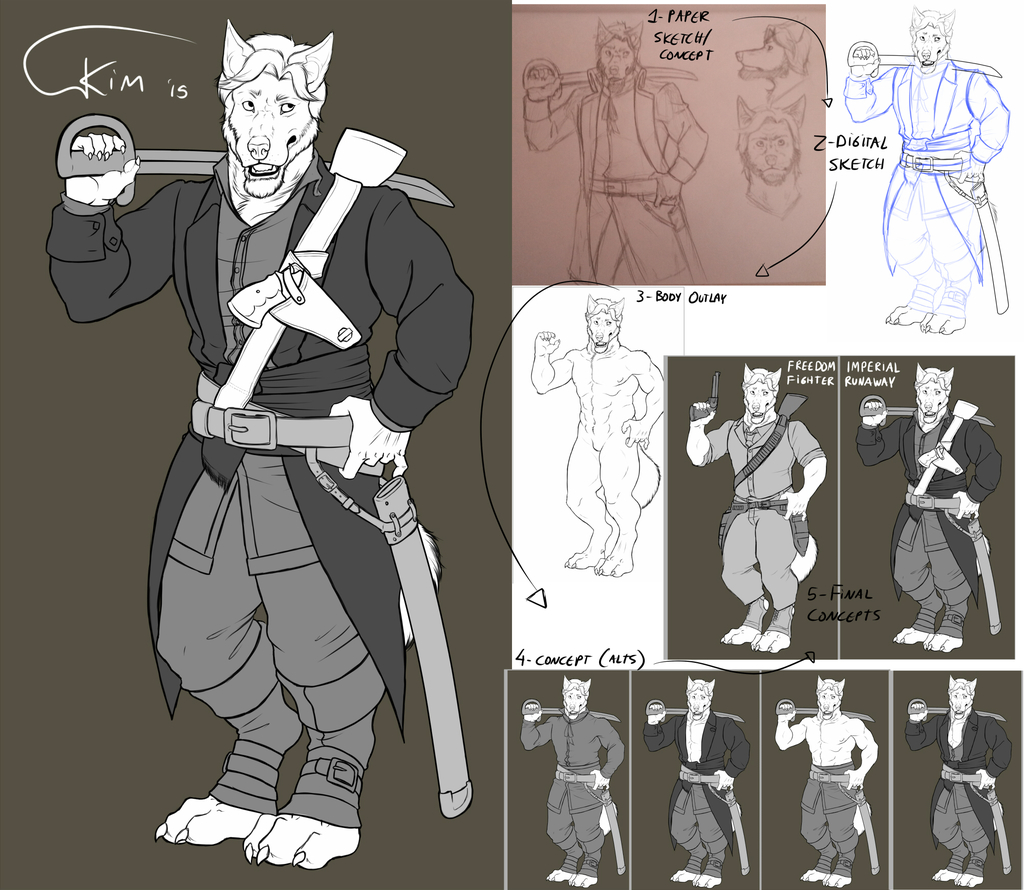 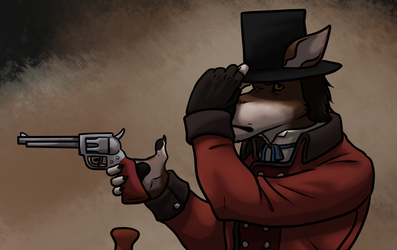 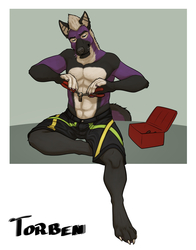 The other day I upped a picture of Gerwo, the englishman, but I didn't tell you guys he had a brother! Admantell "Amel" Hundwick.

Still on the 19th century theme, I drew him with an imperial sabre, but with a musket rifle and a revolver as well.

I was very lost with the clothing (I wanted a mix of captain, swashbuckler and royal guard, then I ended up with this.

I also put together every step of the concept up to illustration.

3 - Body outlay that so I could see and feel how the clothes would wrap around the body. ( ͡° ͜ʖ ͡°)

4 - Costume Concept, here I drew every single combination I could think of with the themes mentioned above (captain, swashbuckler and royal guard).

5 - Final concept, here I had two different outfits, after asking three persons for a favorite, the "Imperial Runaway" one won.

Let me know what you think of him! :)